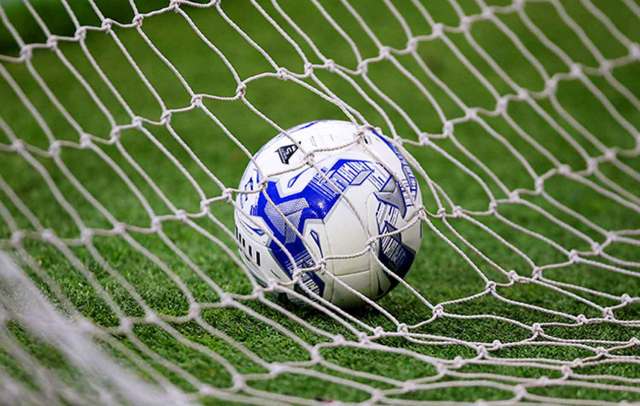 Haruna Garba, a Nigerian footballer who plies his trade with Debrecen, a Hungarian club side, says it will be a “dream come true” if he gets an invite to play for the Super Eagles.

Haruna Garba would dearly love the opportunity to play for Nigeria’s national men’s football team, the Super Eagles. The 26-year-old, who plays his football for Debreceni VSC in the Nemzeti Bajnokság league which is the highest layer of football in Hungary, says that if he gets the chance to play for the Super Eagles, it would be a dream come true.

Haruna Garba began his football career playing for a local side in Nigeria before joining Gombe United in the Nigeria Professional Football League (NPFL). At the beginning of his second season with the NPFL club, he was scouted by Finnish agents which resulted in him moving to play football in Europe.

In January 2018, he was snapped up by Gżira United Football Club who play in the Maltese Premier League. In July 2019, he moved on a free transfer to the Hungarian side, Debreceni.

Wherever he has played, Garba has had an eye for a goal – something he intends to bring with him if and when he first dons a Super Eagles shirt.

Being an excellent goal poacher himself, the 26-year-old is a huge fan of the strikers Thiery Henry, Fernando Torres and Zlatan Ibrahimovic. He also idolises Cristiano Ronaldo and is a big fan of another Nigerian striker, Odion Ighalo, who has just completed a surprise move from the Chinese Super League to play for Manchester United in the EPL.

Manchester United have a record of making successful imports in the EPL’s winter transfer window. Ighalo will be the first-ever Nigerian player to grace the ranks at Old Trafford and fans are expecting much of him in Marcus Rashford’s absence through injury.

Ole Gunnar Solskjær hopes that his ability to hold up the ball will give other Manchester United stars like Martial, the chance to score lots of goals.

Nigerian football has really hit the headlines of late. As well as Ighalo’s loan transfer to Man United, Wilfred Ndidi is now recognised as one of the brightest midfield stars in the EPL. Then, there is Alex Iwobe, a former Arsenal striker who is now playing for a revived Everton side.

Iwobe was one of many players who struggled under the management of Marco Silva, the previous head coach at Everton. But since Carlo Ancelotti replaced Silva at Goodison Park, things have changed for the better.

Iwobi’s return from a hamstring injury has been welcomed by Ancelotti. The 23-year-old striker played an important role in the Toffee’s remarkable come-back win against Watford last weekend. Watford, incidentally, is where Odion Ighalo plied his trade for a while, making 99 appearances. All in all, it is great news to hear about the success of Nigerian football players on the worldwide soccer stage. It is sure to bode well for the future standing of the Super Eagles.

UEFA Euro 2020 Qualifiers: Germany Looks To Rise To The Top Of Group C