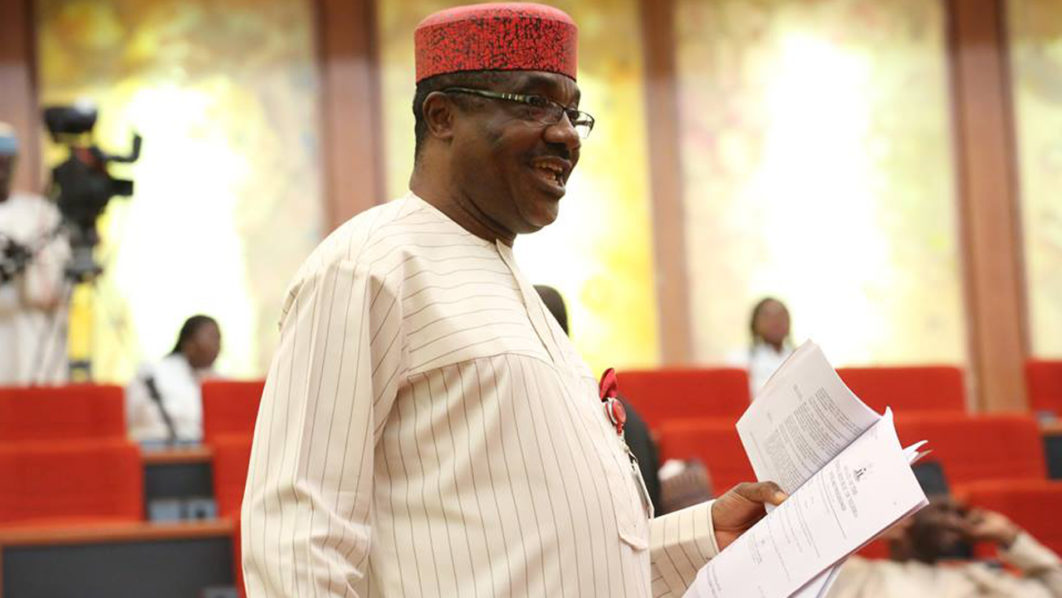 A People’s Democratic Party senator, Mao Ohuabunwa, Tuesday called for the Nigerian senate to “jack up” the 2019 budget by 10 trillion Naira.

“Instead of reducing, we should ‘jack up’ the budget by 10 trillion,” Ohuabunwa said during the plenary.

The 2019 appropriation bill sent by the President is N8.82 trillion. The spending list, N8,826,636,578,915, has a recurrent expenditure of N4 trillion while N2 trillion goes for capital expenditure with N2.2 trillion and N492 billion for debt servicing and statutory transfers respectively.

Ohuabunwa complained that the two trillion naira allocated to the capital expenditure is not enough due to the various ongoing projects.

“What can two trillion do when we have ongoing projects,” he questioned.

“We need to block leakages and ensure taxes are collected and put into good use in the economy such as the Basic Health fund which Senate President, Bukola Saraki started,”…