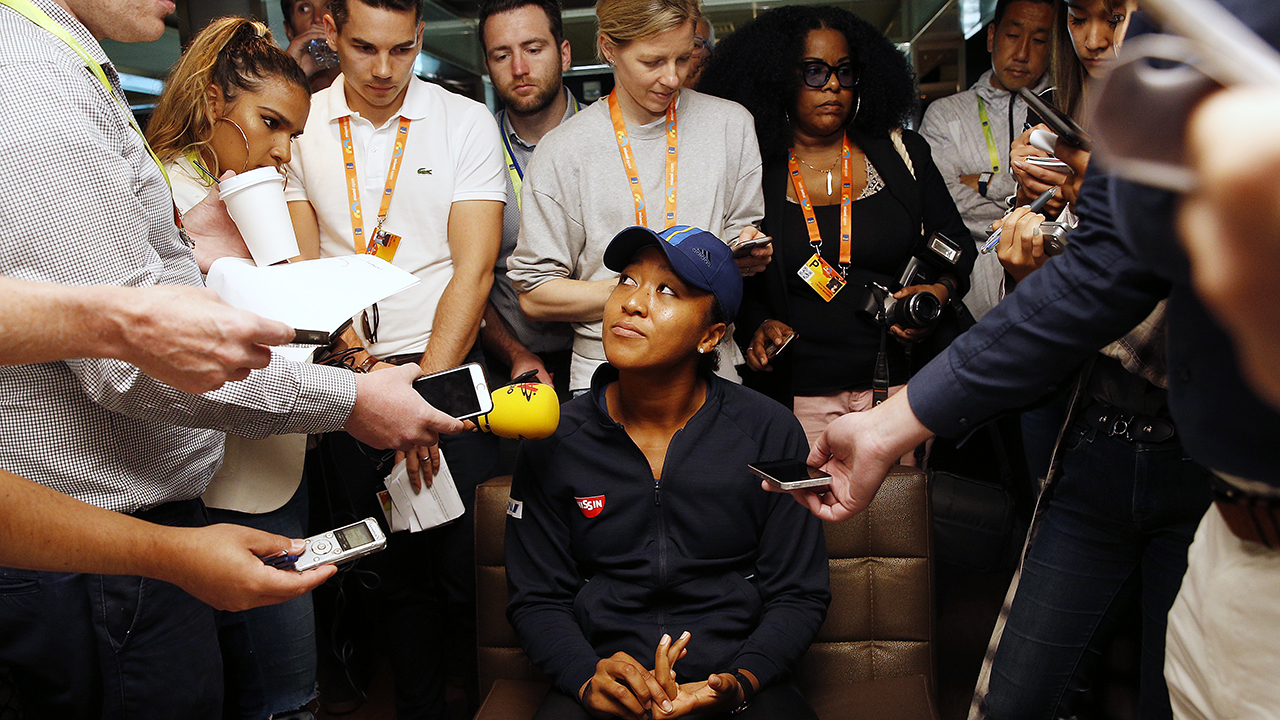 MIAMI GARDENS, FLORIDA – MARCH 20: Naomi Osaka of Japan fields questions from the media at a player availability session on Day 3 of the Miami Open Presented by Itau on March 20, 2019 in Miami Gardens, Florida. Michael Reaves/Getty Images/AFP

World number one Naomi Osaka refused on Wednesday to become embroiled in a dispute with one of her former coaches who is suing her for 20 percent of her career earnings.

Christophe Jean, who helped the Japanese two-time Grand Slam champion when she was a junior, wants at least $2 million of the $10 million of her earnings to date.

Jean insists Osaka’s father, Leonard Francois, had signed a contract when he was coaching the 21-year-old and her sister Mari in 2011.

Osaka told AFP she was “not allowed to say anything” about reports of the lawsuit, although sources close to the Japanese star stressed they are not fearful of the outcome and believe the matter will be resolved shortly.

When asked about the difficulty of dealing with the…

“I believe in united Nigeria, not secession” — Umahi | The Guardian Nigeria News