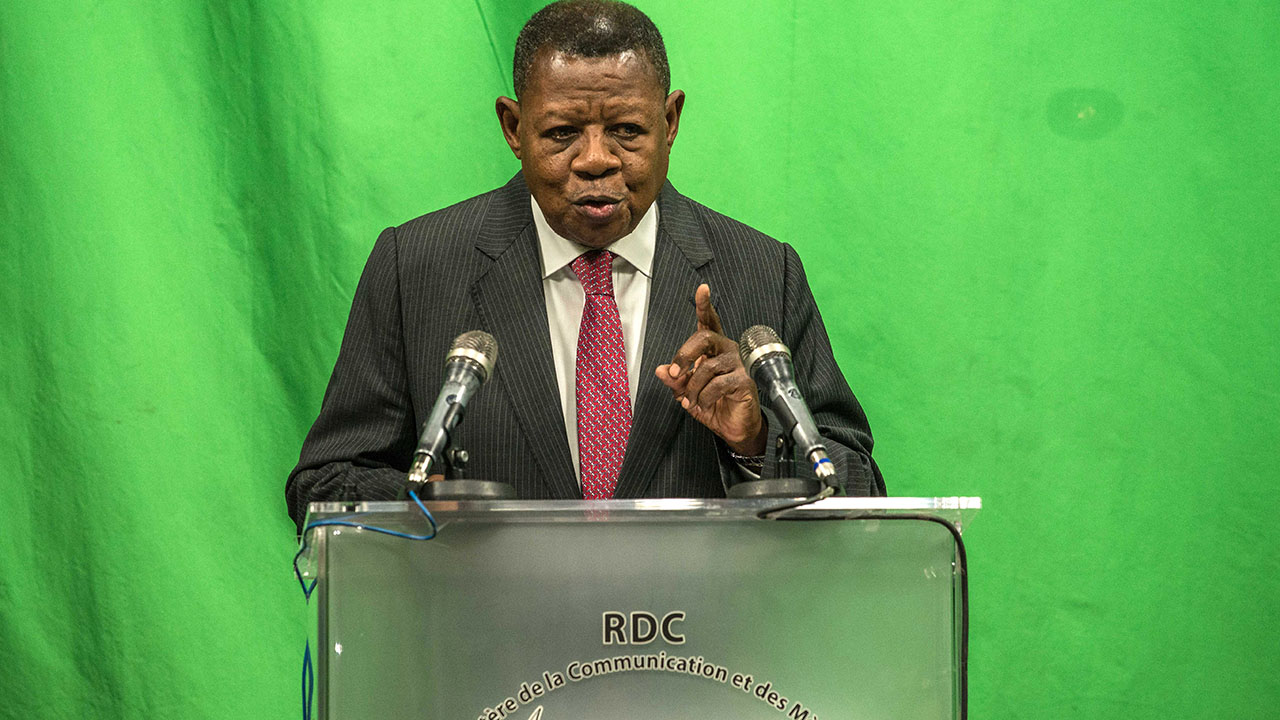 (FILES) In this file photo taken on August 8, 2018 DRCongo Minister of Communications and government spokesperson Lambert Mende present the candidacy of former interior minister Emmanuel Ramazani Shadary for next December presidential elections in Kinshasa. – Mende, who was the spokesperson of former DR Congo president, was arrested on May 19, 2019 in Kinshasa, his relatives told AFP. (Photo by Junior D. KANNAH / AFP)

The spokesman for the regime of DR Congo’s former president Joseph Kabila was arrested briefly on Sunday, his entourage said, accusing the authorities of torturing him.

Lambert Mende himself later told reporters that he had been roughed up while in custody.

Mende “was brutally abducted from his home” Sunday when police and soldiers arrived in four jeeps, his personal secretary Franck Diefu told AFP.

“He has been released after having been tortured,” said Auguy Kande, another member of his team.

Kalev Mutond, a former head of the ANR, the country’s…

Nigerians React As President Buhari Announces Lock Down Of Lagos, Ogun And Abuja