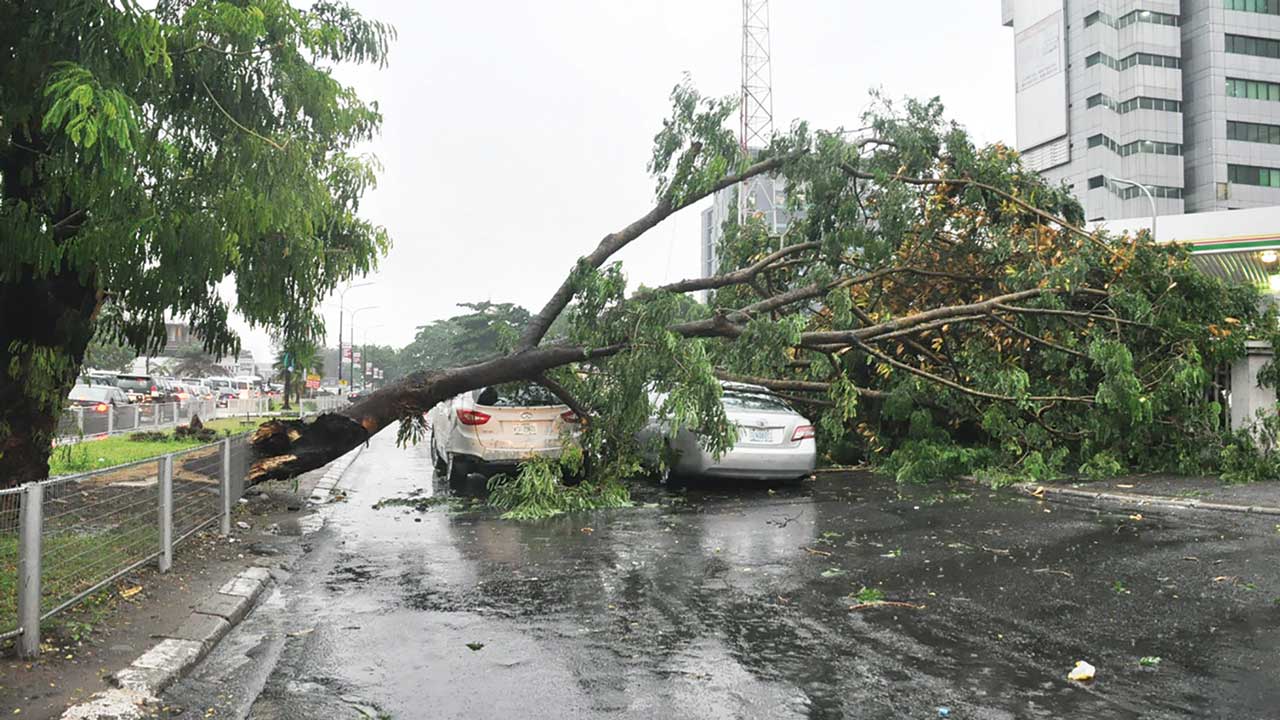 A scene of a tree that fell on cars during the early morning rain, at Alfred Rewane Road, Ikoyi, Lagos …yesterday. PHOTO: FEMI ADEBESIN-KUTI

• Govt urges calm, pledges prompt response
A downpour in Lagos and its environs that lasted for about two hours yesterday wreaked havoc and paralysed business activities in the nation’s economic capital.

For hours after the rain, that was preceded by a cloudy weather and darkened skyline subsided, the effect was still felt across the metropolis, and in some neighbouring communities in Ogun State.

Trees on many of the major streets gave way to the wind, just as some streetlight stands, traffic light stands, telecom masts, electric poles and signages that could not withstand the storm fell on vehicles and buildings. The gridlock on major roads was nerve-racking. The rain that fell in the early hours of the day devastated buildings and vehicles, and disrupted business activities.

The flood in some parts of the city left thousands of…