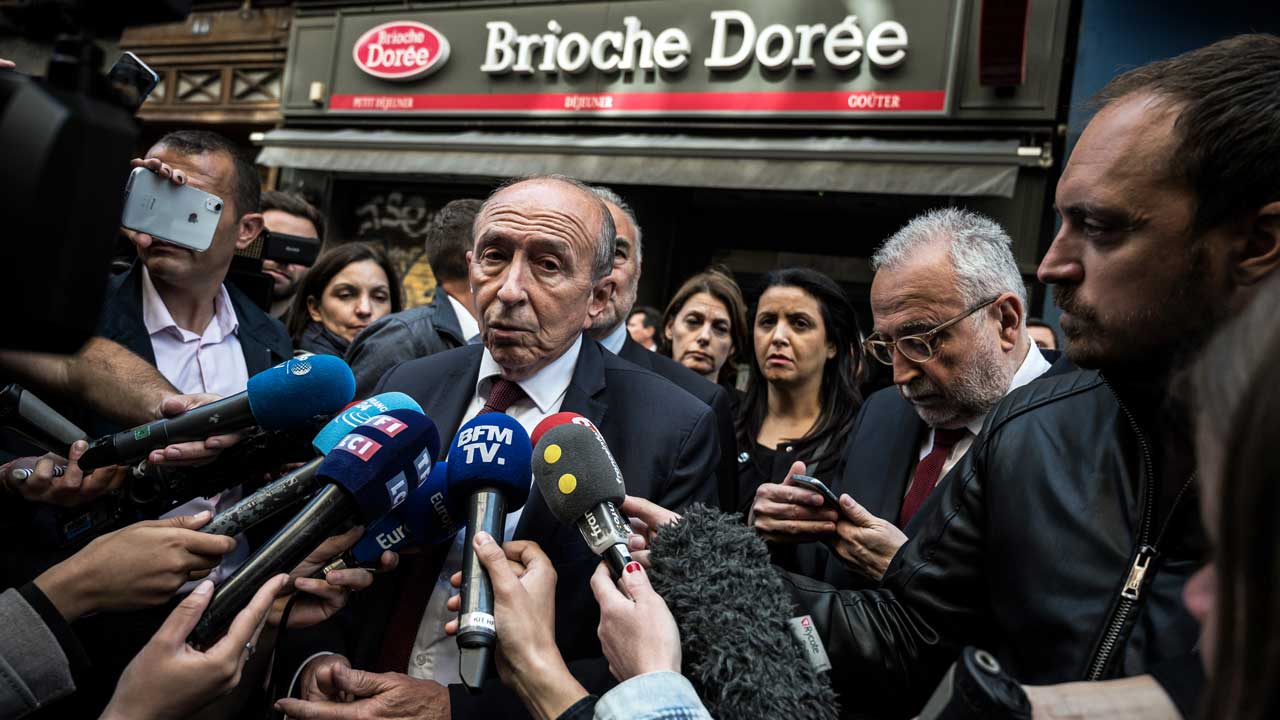 French Mayor of Lyon Gerard Collomb (C) talks to journalists in front a ‘Brioche doree’ bakery on May 25, 2019, the day after a suspected package bomb blast along a pedestrian street in the heart of Lyon, southeast France. Police in France were on May 25 hunting a suspect following a blast in a pedestrian street in the heart of Lyon that lightly wounded 13 people two days ahead of hotly contested European Parliament elections. Police issued an appeal for witnesses on Twitter as they sought the man believed to be in his early 30s, who was picked up by security cameras on a mountain bicycle immediately before the explosion. JEFF PACHOUD / AFP

French police were on Saturday pulling out all the stops to locate a suspect following a blast in the heart of Lyon that wounded 13 people.

“All means have been activated to identify and detain the person who committed this act,” Paris prosecutor Remy Heitz told media in Lyon, the third-biggest French city.