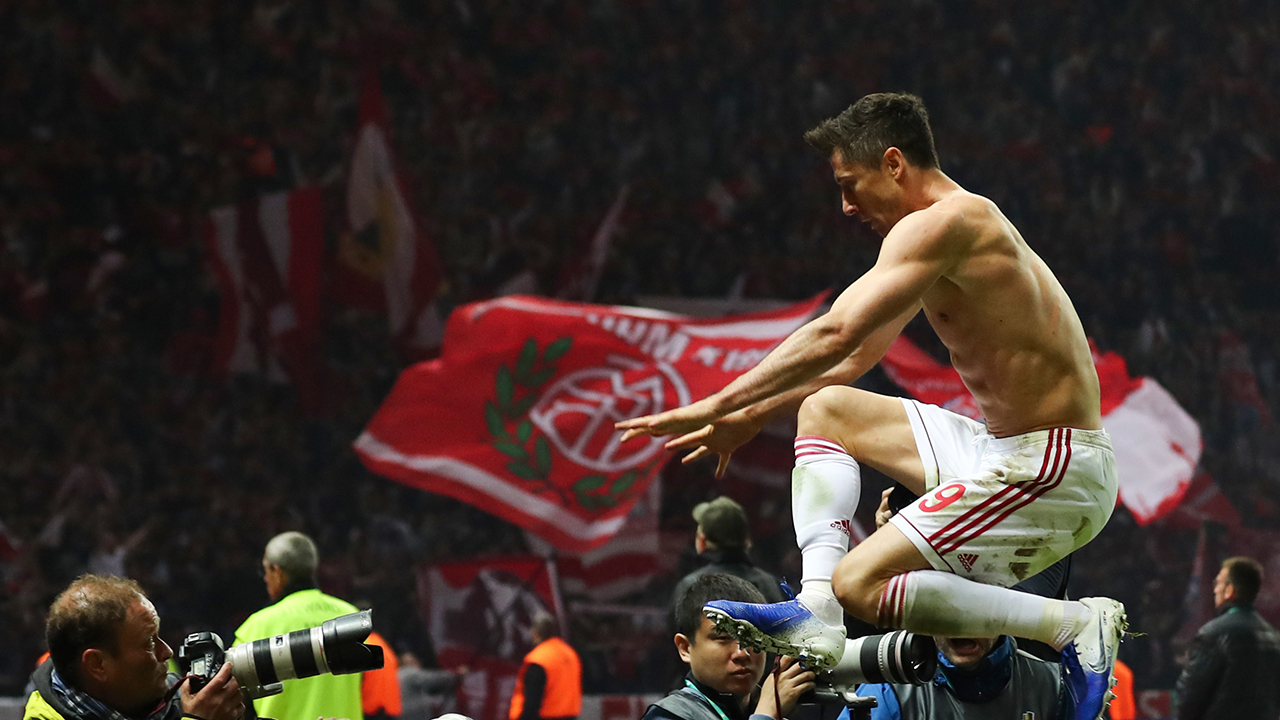 Bayern Munich’s Polish forward Robert Lewandowski jumps over the fence as he celebrates scoring the 3-0 during the German Cup (DFB Pokal) Final football match RB Leipzig v FC Bayern Munich at the Olympic Stadium in Berlin on May 25, 2019. (Photo by Christian Charisius / dpa / AFP) / Deutschland OUT

Robert Lewandowski scored a brace as Bayern Munich wrapped up a domestic double with a 3-0 win over RB Leipzig in the German Cup final on Saturday.

Goals from Lewandowski and Kingsley Coman sealed victory for Bayern in an enthralling game at the Olympic Stadium in Berlin.

The win sees Bayern lift the golden German Cup trophy for the 19th time in their history, just a week after securing a seventh successive Bundesliga title last Saturday.

Both sides probed rather frantically for an opener in the first half, and Manuel Neuer denied Yussuf Poulsen with a reflex save on ten minutes.

It was Bayern who broke the deadlock, though, Lewandowski flicking in a superb header after a fine…