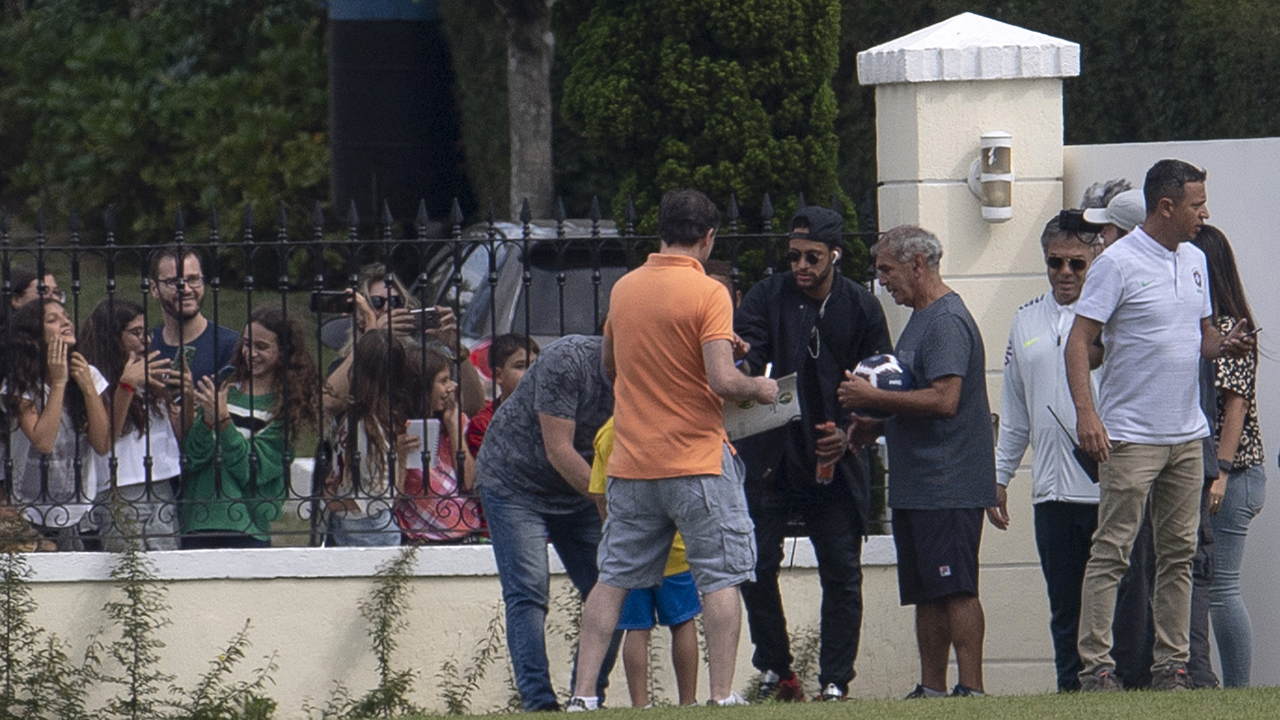 Brazil’s footballer Neymar (in black wearing cap) signs an authograph upon arriving in helicopter at the Granja Comary sport complex in Teresopolis, Brazil, on May 25, 2019 where the national team is training ahead of the Copa America football tournament. (Photo by Mauro PIMENTEL / AFP)

Neymar arrived at Brazil’s national team headquarters near Rio de Janeiro on Saturday as the country begins its preparations for next month’s Copa America tournament.

The Paris Saint-Germain forward touched down in a helicopter at the training complex in Teresopolis, three days ahead of schedule.

The 27-year-old missed PSG’s last two games of the season due to suspension after being handed a three-match ban for lashing out at a spectator following his side’s shock defeat by Rennes in the French Cup final last month.

Reporters were tipped off to Neymar’s early arrival after he failed to show up to a PSG training session open to the media.

His team-mates Marquinhos and Thiago Silva,…

Untouchable: The Baby Born To A Mum With Coronavirus