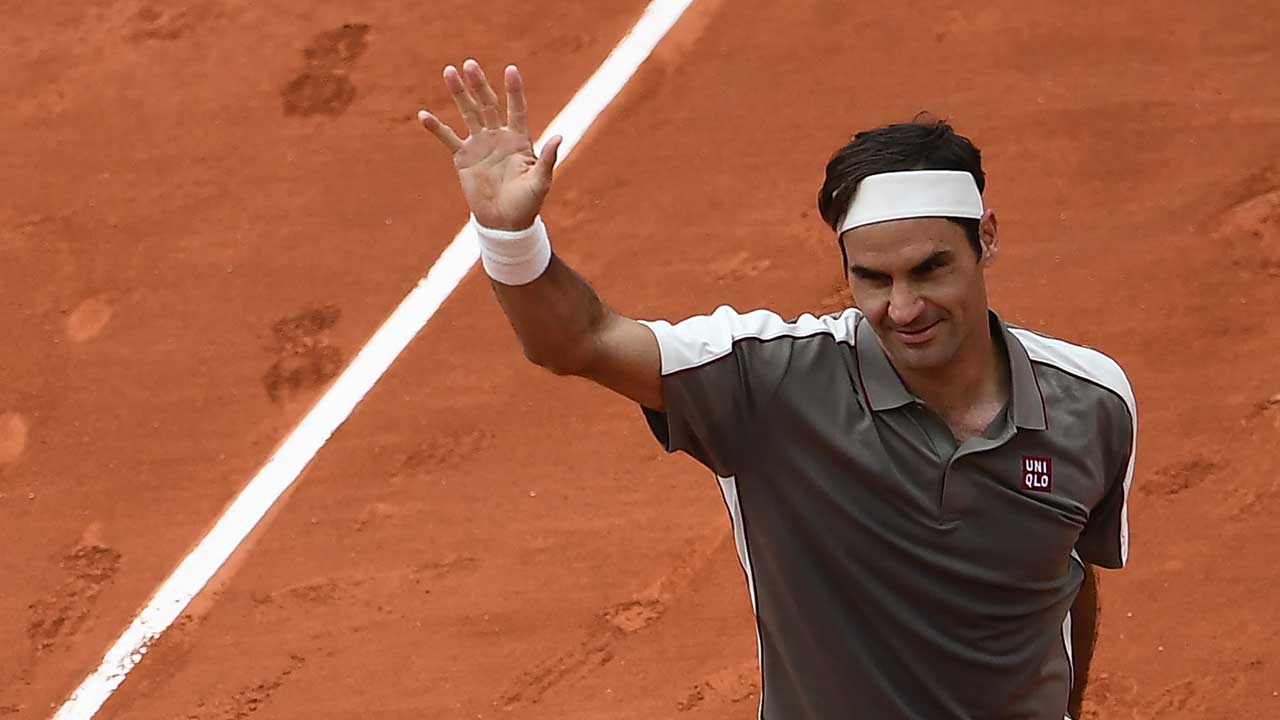 Switzerland’s Roger Federer celebrates after winning against Italy’s Lorenzo Sonego at the end of their men’s singles first round match on day 1 of The Roland Garros 2019 French Open tennis tournament in Paris on May 26, 2019. Anne-Christine POUJOULAT / AFP

Roger Federer marked his return to Roland Garros after a four-year absence with a 6-2, 6-4, 6-4 win over Italy’s Lorenzo Sonego on Sunday and said he had “missed playing in Paris so much”.

Federer, the 2009 champion in Paris, will face German lucky loser Oscar Otte for a place in the third round.

The 20-time major winner hadn’t played the tournament since 2015 when he reached the quarter-finals.

However, on Sunday, it was as if the 37-year-old had never been away as he swept to victory in one hour 41 minutes on a rebuilt and packed Court Philippe Chatrier.

It was his 60th successive first round win at a Grand Slam.

“I missed it so much so thanks for the welcome,” said Federer.

“I felt great playing on this…