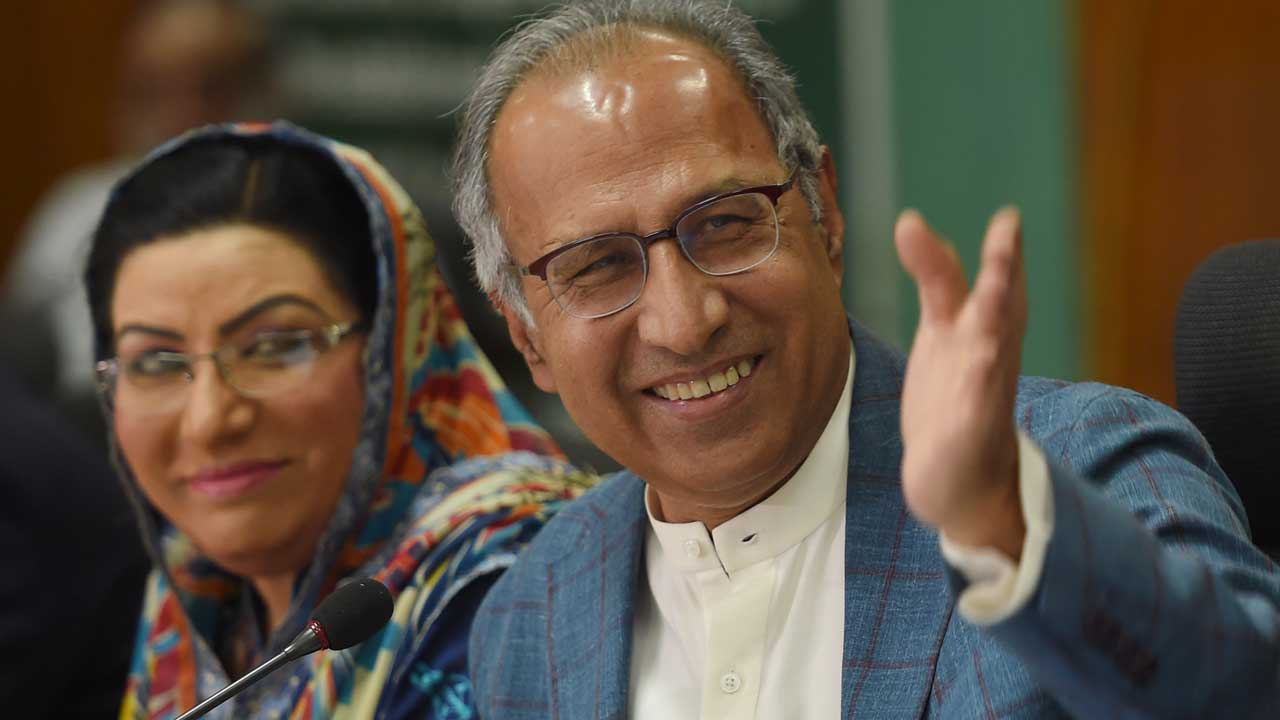 Advisor to Prime Minister Imran Khan on Finance, Revenue and Economic Affairs Abdul Hafeez Shaikh (L) gestures during a press conference next to special assistant to the Prime Minister for Information and Broadcasting Firdous Ashiq Awan, in Islamabad on May 25, 2019. Hafeez Shaikh Saturday informed that the government was setting the revenue collection target of Rs 5.5 trillion for next financial year of 2019-20.FAROOQ NAEEM / AFP

The leaders of India and Pakistan spoke by phone on Sunday, their offices said, in their first conversation since before tit-for-tat air strikes in February, their worst bust-up in years.

Khan “expressed his desire for both countries to work together for the betterment of their peoples,” Pakistan’s foreign ministry said.

“Reiterating his vision for peace, progress and…