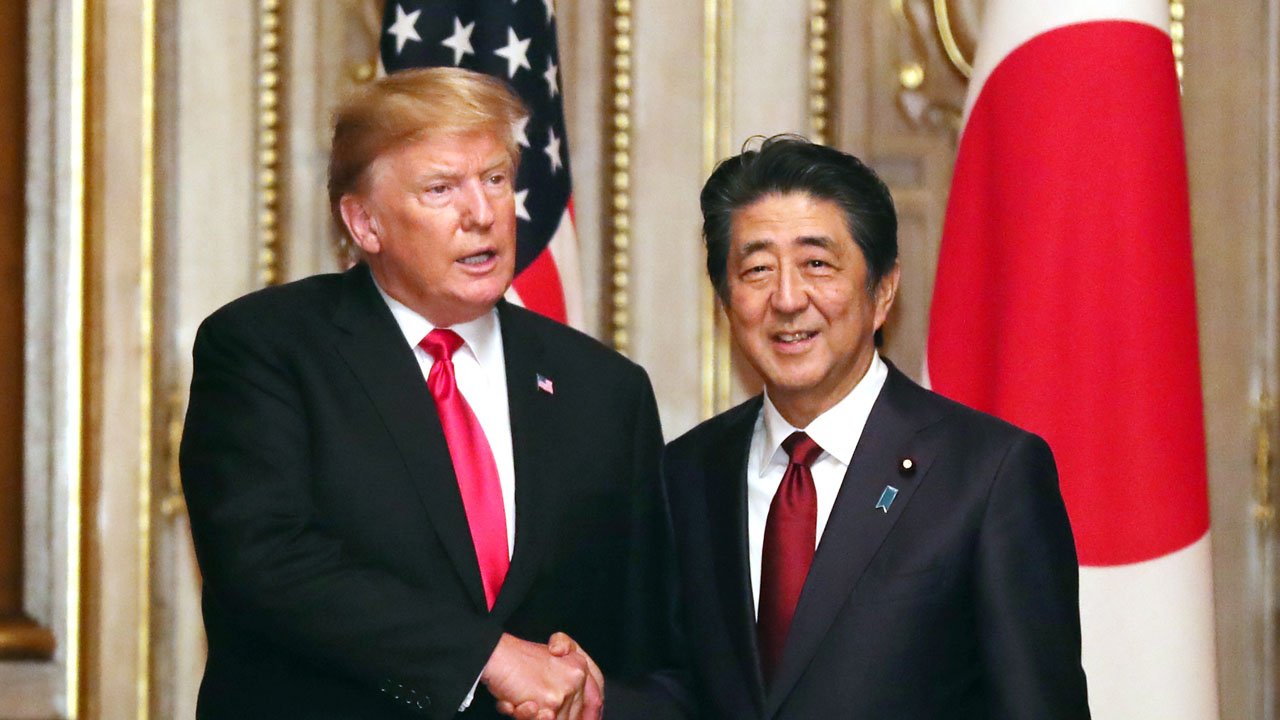 US President Donald Trump (L) shakes hands with Japanese Prime Minister Shinzo Abe prior to their working luncheon at the Akasaka guesthouse in Tokyo on May 27, 2019. (Photo by YOSHIKAZU TSUNO / POOL / AFP)

“I feel I have to meet face-to-face with Chairman Kim without attaching any preconditions and exchange frank views with him,” Abe told a joint news conference with Trump following their summit in Tokyo.

“President Trump… said he will give full support needed for that,” the premier said.

Abe has said that a face-to-face meeting with Kim is the only way to solve the emotional issue of Japanese people who Tokyo believes were abducted by Pyongyang, but Kim has so far shown little interest in a summit.

Lockdowns may have saved 59,000 lives in Europe