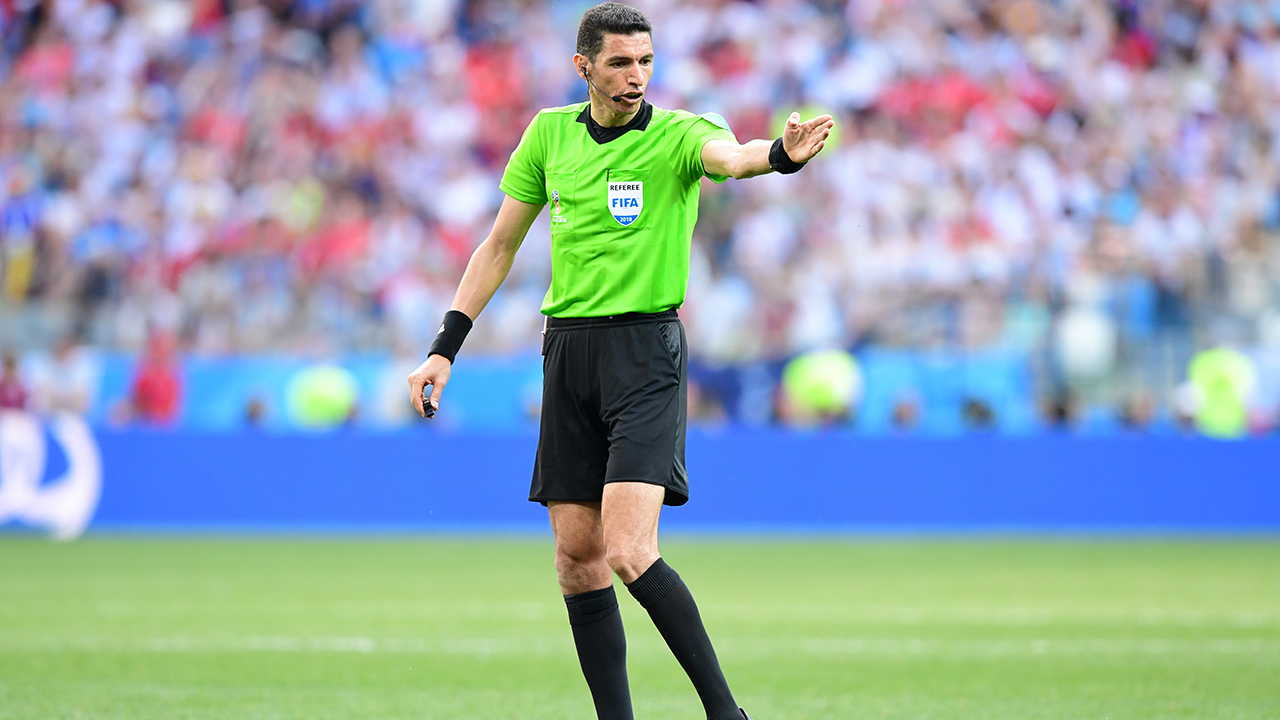 (FILES) A file photo taken on June 24, 2018 shows Egyptian referee Ghead Grisha gesturing during the Russia 2018 World Cup Group G football match between England and Panama at the Nizhny Novgorod Stadium in Nizhny Novgorod. – Grisha has been handed a 6-month suspension by the referees committee of the Confederation Africaine de Football on May 27, 2019, due to poor performance following the first of leg of the CAF Champions League final match between Morocco’s Wydad Athletic Club and Esperance de Tunis. (Photo by Martin BERNETTI / AFP)

The move comes after the Moroccan Football Federation lodged a complaint against Grisha’s decisions during a Friday’s match pitting Wydad against Esperance Tunis.

Grisha ruled out a goal for the hosts, Wydad Casablanca, and later denied them a penalty after VAR replays.

“The referees committee of the Confederation of African Football has decided to suspend Mr. Gehad Grisha for a period of six months due to his poor performance,” the CAF said…

Cases of coronavirus in Nigeria rise to 184