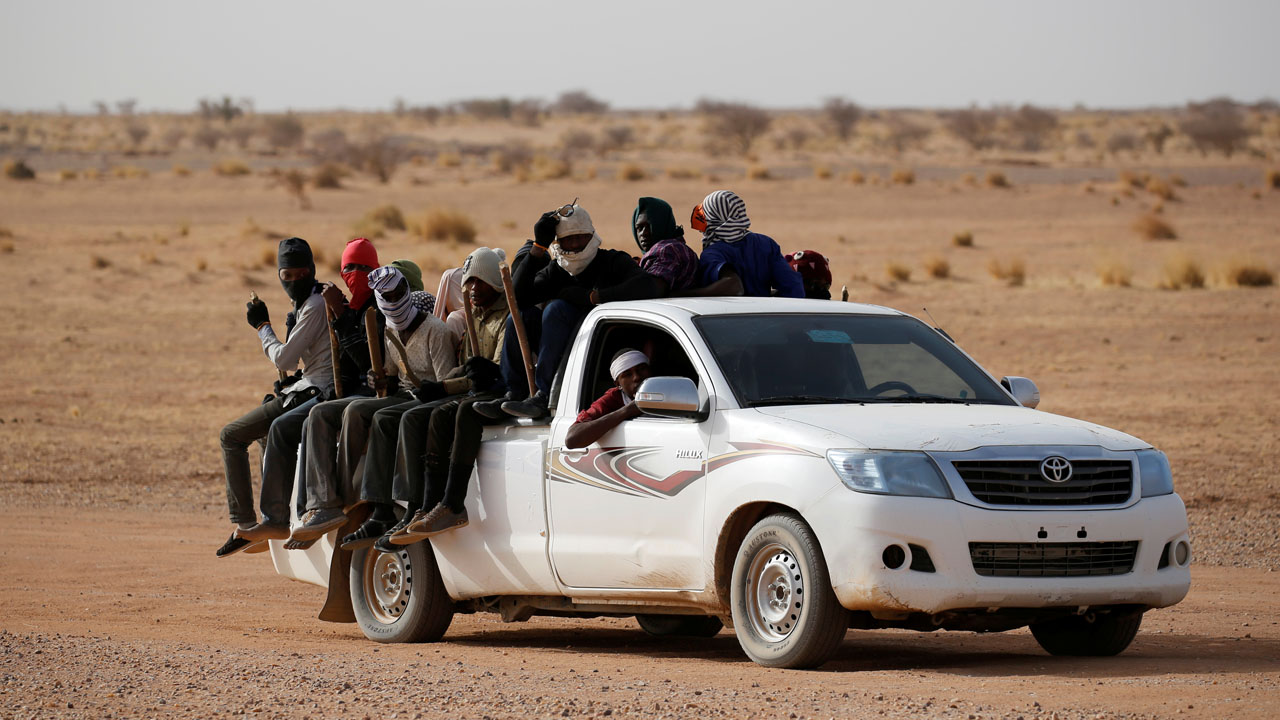 Migrants crossing the Sahara desert into Libya ride on the back of a pickup truck outside Agadez, Niger, May 9, 2016. Picture taken May 9, 2016. To match Analysis EUROPE-MIGRANTS/AFRICA REUTERS/Joe Penney

Three migrants died of thirst when their vehicle broke down in the Nigerien desert while en route for Libya, the springboard for migration to Europe, a local official said.

“About 10” other passengers were saved after their vehicle was spotted by the Nigerien army, an official in the northern town of Agadez said.

The group had got lost while searching for one of two wells on their itinerary and their vehicle broke down, the source said.

“All three (fatalities) were Nigerien,” the official said.

Death from thirst or heat is a major peril for migrants seeking to cross the Sahara to reach Libya, which lies to the northeast of Niger.

Once in Libya, many try to cross the Mediterranean to southern Europe — a trip that itself is notoriously risky.

The army and the…