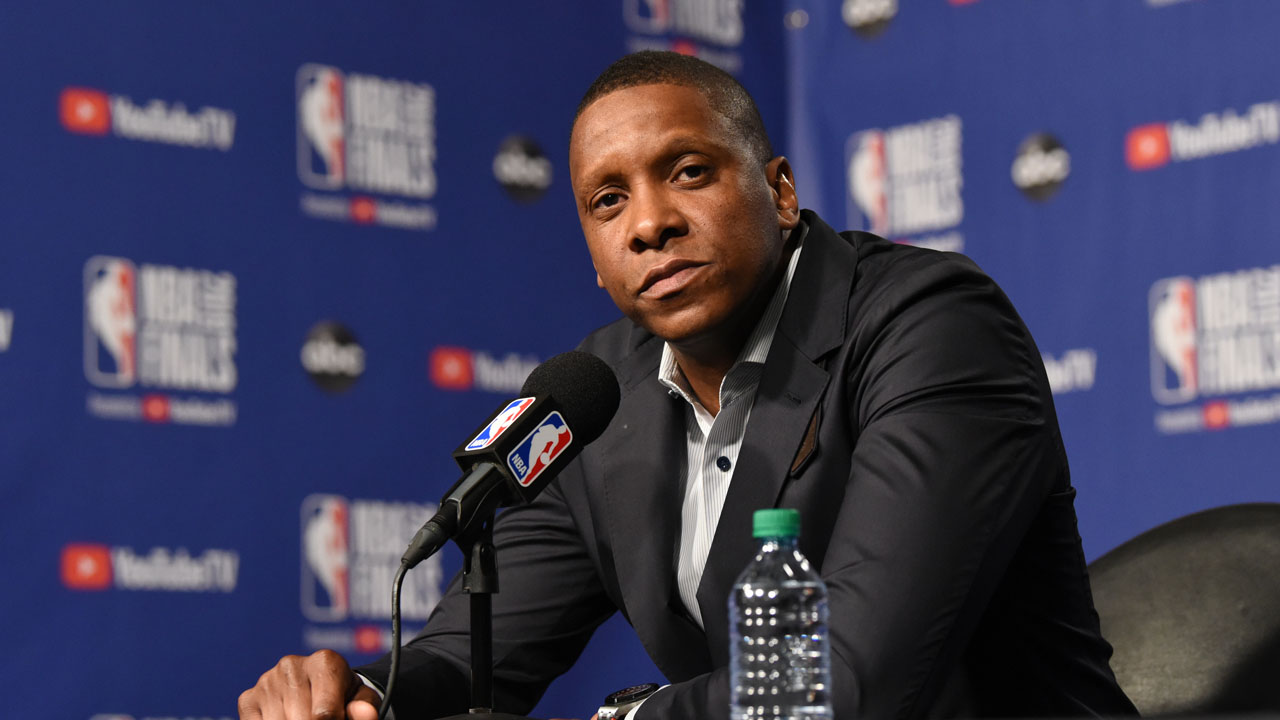 TORONTO, ON – MAY 29: President of Basketball Operations Masai Ujiri of the Toronto Raptors speaks to the media during practice and media availability as part of the 2019 NBA Finals on May 29, 2019 at Scotiabank Arena in Toronto, Ontario, Canada. NOTE TO USER: User expressly acknowledges and agrees that, by downloading and or using this photograph, User is consenting to the terms and conditions of the Getty Images License Agreement. Mandatory Copyright Notice: Copyright 2019 NBAE Ron Turenne/NBAE via Getty Images/AFP

Masai Ujiri, who only discovered basketball as a teen growing up in Nigeria, made the crucial decisions that lifted the Toronto Raptors from NBA disappointment to title contender.