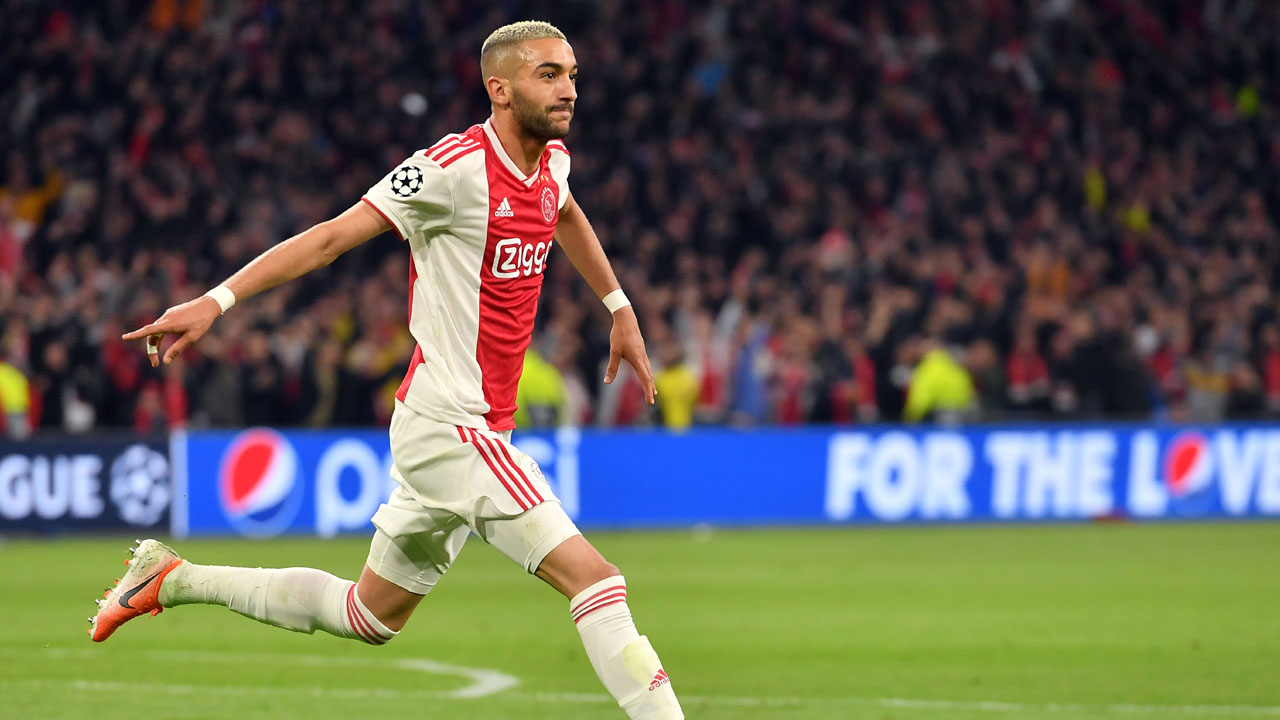 (FILES) In this file photo taken on May 8, 2019 Ajax’s Moroccan midfielder Hakim Ziyech celebrates after scoring the second goal during the UEFA Champions League semi-final second leg football match between Ajax Amsterdam and Tottenham Hotspur at the Johan Cruyff Arena, in Amsterdam. – Ajax attacking midfielder Hakim Ziyech is set to move to Chelsea in the summer after the clubs agreed on a deal in principal, a Dutch newspaper reported on February 12, 2020. (Photo by EMMANUEL DUNAND / AFP)

The announcement ends days of speculation over the future of the 26-year-old attacking midfielder, a Moroccan international.

“Ajax and Chelsea have reached an agreement for the transfer of Hakim Ziyech. The player will join the Premier League club on July 1st 2020 and will finish the season in Amsterdam,” the Eredivisie champions said in a…