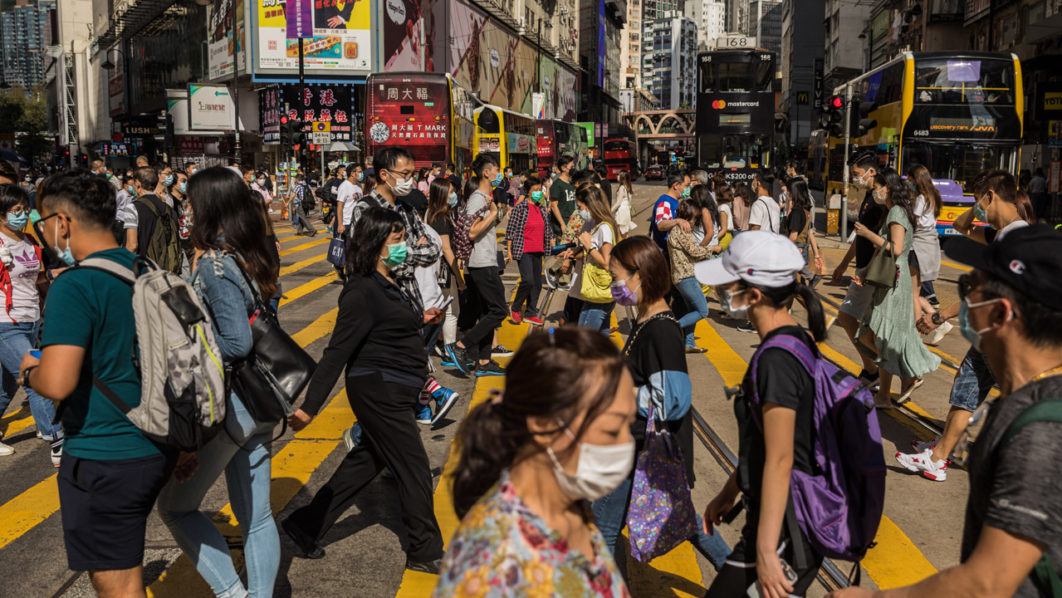 The relaxation, which comes into effect Friday, will be a boost for a city mired in a deep recession following months of virus restrictions as well as anti-government protests that have battered the economy.

Hong Kong recorded some of the earliest confirmed COVID-19 cases outside of mainland China but despite its close proximity and links with the mainland it has managed to keep infections to around 1,000 with four deaths.

There have been no new confirmed infections in 10 of the last 16 days and the cases that have been recorded came from people arriving from overseas who are quickly quarantined.

People wearing face masks as a preventative measure against…