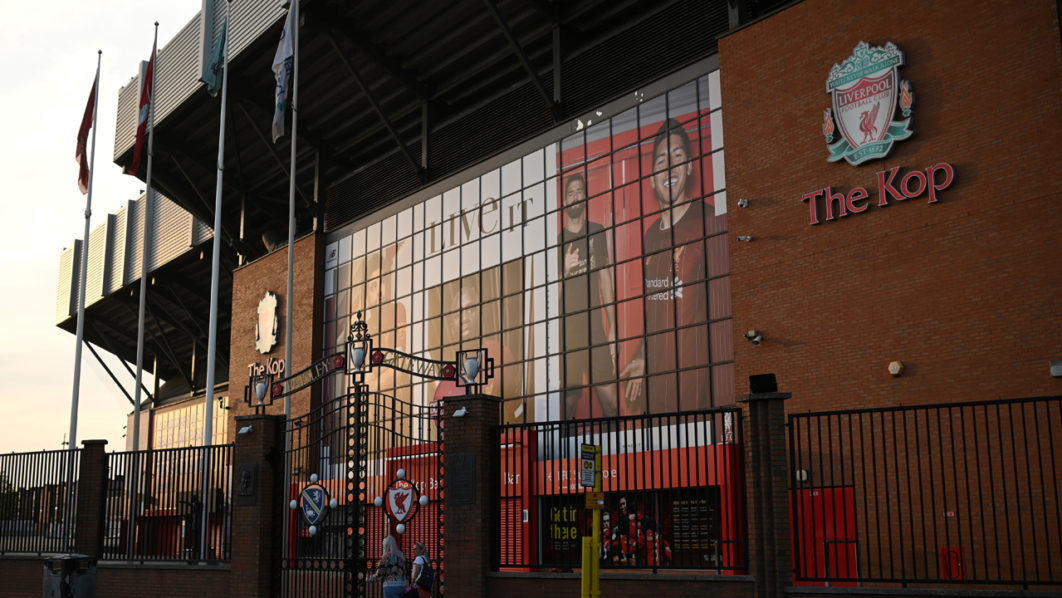 Fans gather outside Anfield stadium in Liverpool, north west England on June 25, 2020, as they wait for the result of the match between Manchester City and Chelsea, which gives Liverpool the possibility of taking the Premier League championship. (Photo by Oli SCARFF / AFP)

Liverpool will be crowned English champions for the first time in 30 years without kicking a ball on Thursday if Manchester City fails to beat Chelsea at Stamford Bridge.

Jurgen Klopp’s men moved to the brink of a long-awaited Premier League title in style by thumping Crystal Palace 4-0 on their return to Anfield on Wednesday.

Liverpool holds a 23-point lead over defending champions City, who have eight games to play, meaning their 19th English title — and first Premier League crown — is just a matter of time.

The European champions’ long wait to return to the summit of English football has been extended by three months due to the unprecedented coronavirus shutdown.

Fears that a potentially…

Biden pledges free Covid vaccine for 'everyone' in US if elected