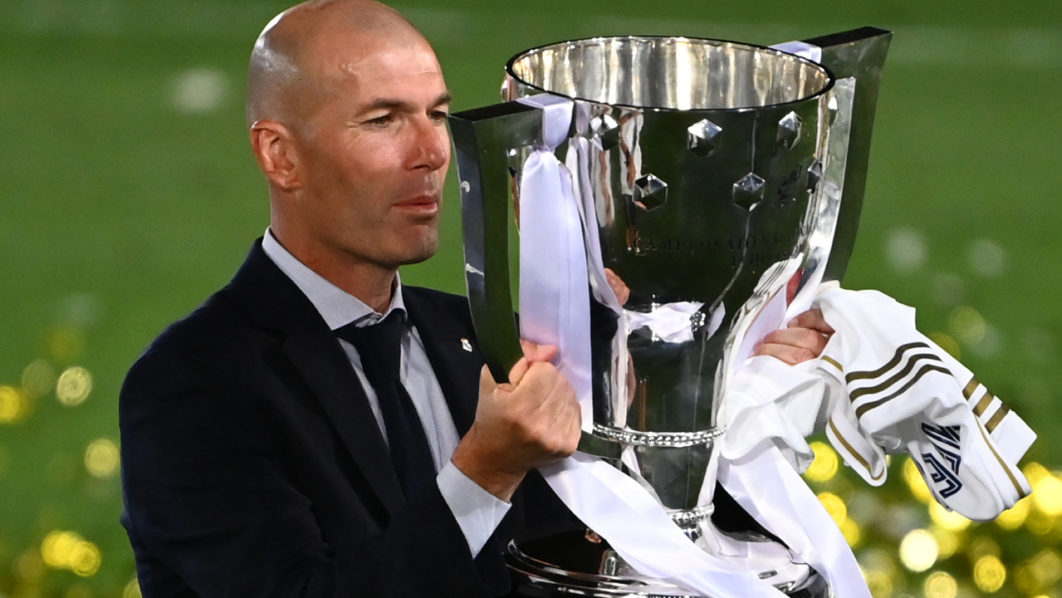 Real Madrid’s French coach Zinedine Zidane celebrates with the trophy after winning the Liga title after the Spanish League football match between Real Madrid CF and Villarreal CF at the Alfredo di Stefano stadium in Valdebebas, on the outskirts of Madrid, on July 16, 2020. (Photo by GABRIEL BOUYS / AFP)

Few expected Zinedine Zidane to leave Real Madrid and even fewer expected him to come back as coach.

And yet almost 500 days later, he has won the La Liga title, without fuss, without even the improvements he was promised.

On Thursday, in an empty Alfredo di Stefano Stadium at Real Madrid’s training ground, he hoisted another trophy, his second in La Liga and 11th overall as a coach.

Zidane currently wins a trophy every 19 games on average and while three Champions League titles out of three was historic, this might be his most impressive yet.

When he was reappointed in March last year, Madrid president Florentino Perez said Zidane had come again to launch “a glorious new…