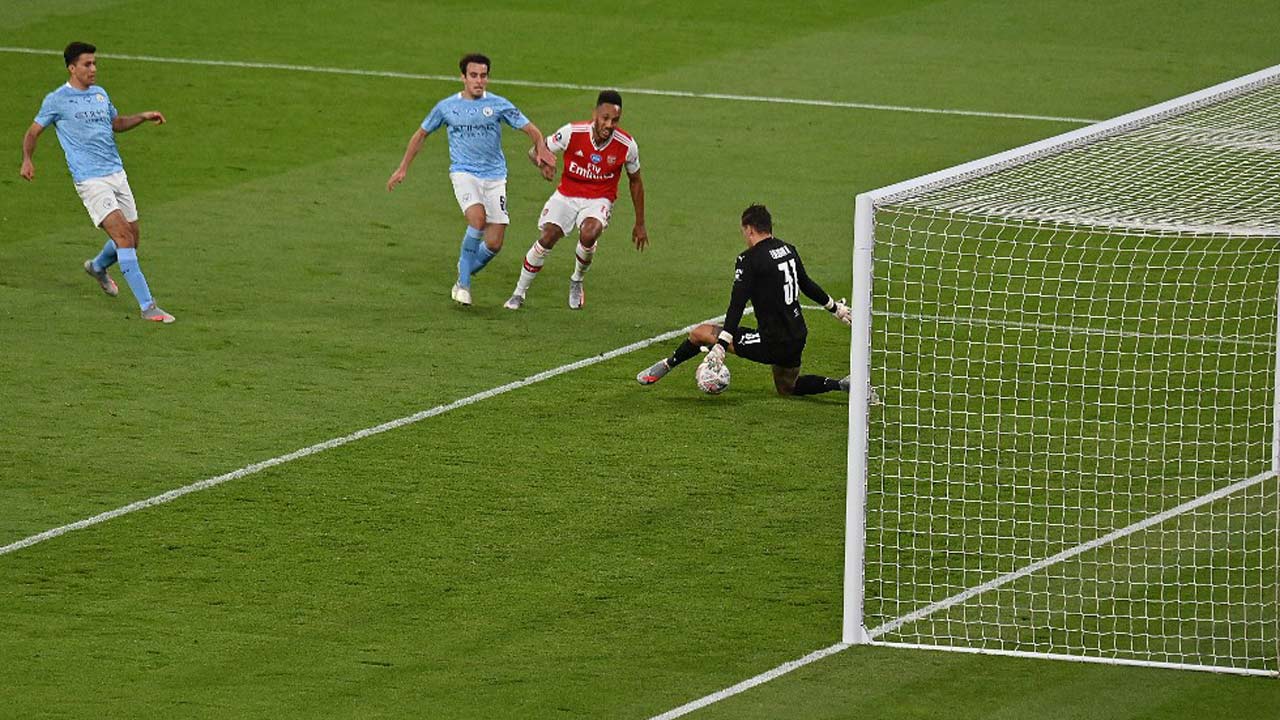 Gunners boss Mikel Arteta outwitted City manager Pep Guardiola with an astute counter-attacking scheme and Aubameyang struck in each half as Arsenal executed the plan to perfection.

Arsenal will face Chelsea or Manchester United, who meet in the other semi-final on Sunday, in the final at Wembley on August 1.

Arteta captained Arsenal to FA Cup triumph six years ago and, in his first season in charge of the north London club, the Spaniard has led them back to the final of a competition they last won in 2017.