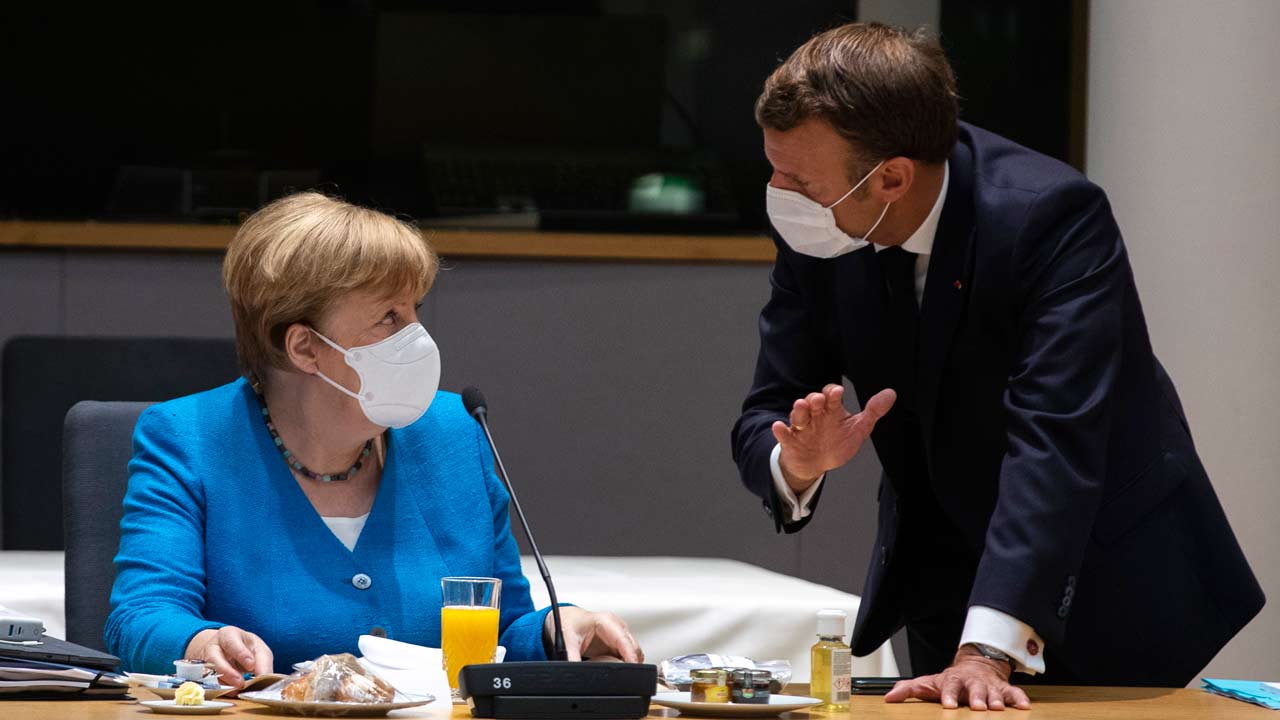 France, Italy and Germany are “ready to consider” sanctions on foreign powers violating an arms embargo in Libya, a joint statement by their leaders said Saturday.

The statement did not directly name any foreign actors funneling arms to Libya but multiple powers have been sending fighters and weapons, fuelling a bloody proxy war that reflects wider geopolitical rifts and divisions in the Middle East and within NATO.

While forces loyal to strongman Khalifa Haftar are backed by Russia, Egypt and the United Arab Emirates, the UN-recognised unity government is fighting back with Turkey’s support.

“We … urge all foreign actors to end their increasing interference and to fully respect the arms embargo established by the United Nations Security Council,” the…