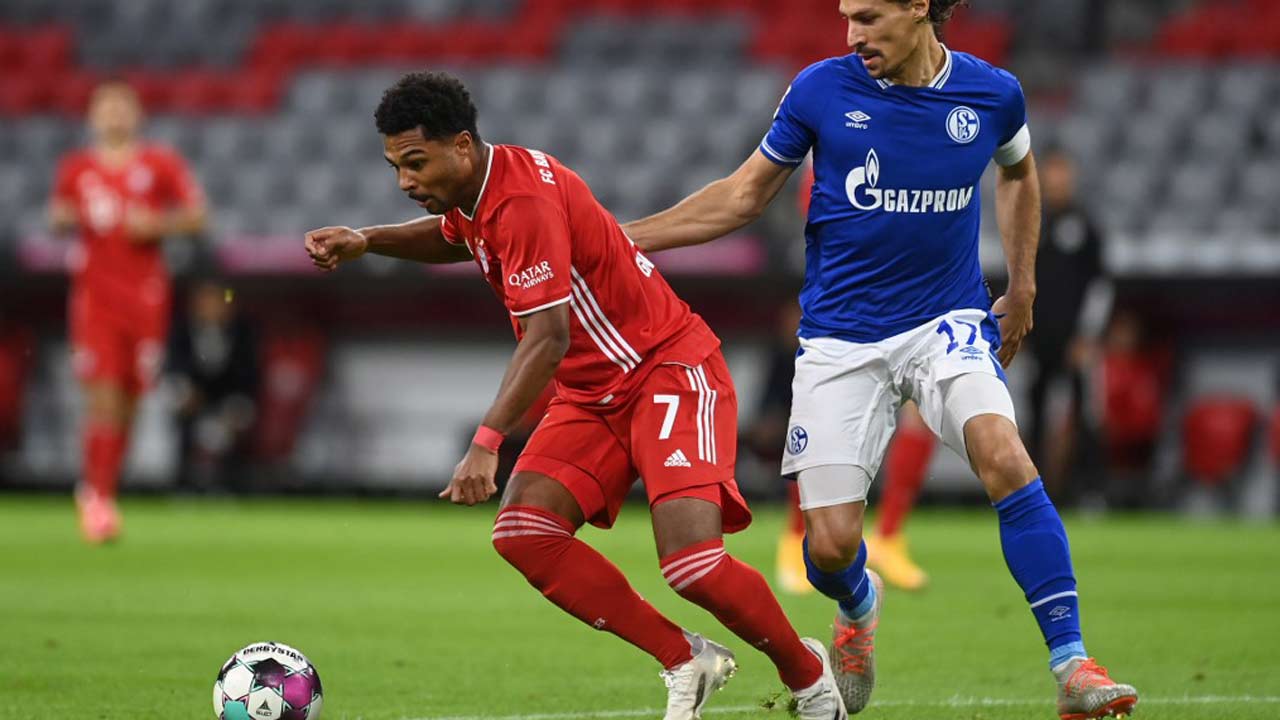 Serge Gnabry hit a hat-trick as holders Bayern Munich romped to an historic 8-0 rout of Schalke on Friday in the opening game of the 2020/21 Bundesliga season behind closed doors.

The jaw-dropping result is the highest win in an opening game of a new Bundesliga season – five weeks to the day after their 8-2 thrashing of Barcelona in the Champions League.

Germany winger Leroy Sane marked his Bayern debut by creating two goals for Gnabry, then added one of his own in the goalfest at the Allianz Arena.

Leon Goretzka, Thomas Mueller and Robert Lewandowksi also netted as the all-conquering European champions extended their winning-streak to 22 matches dating back to…