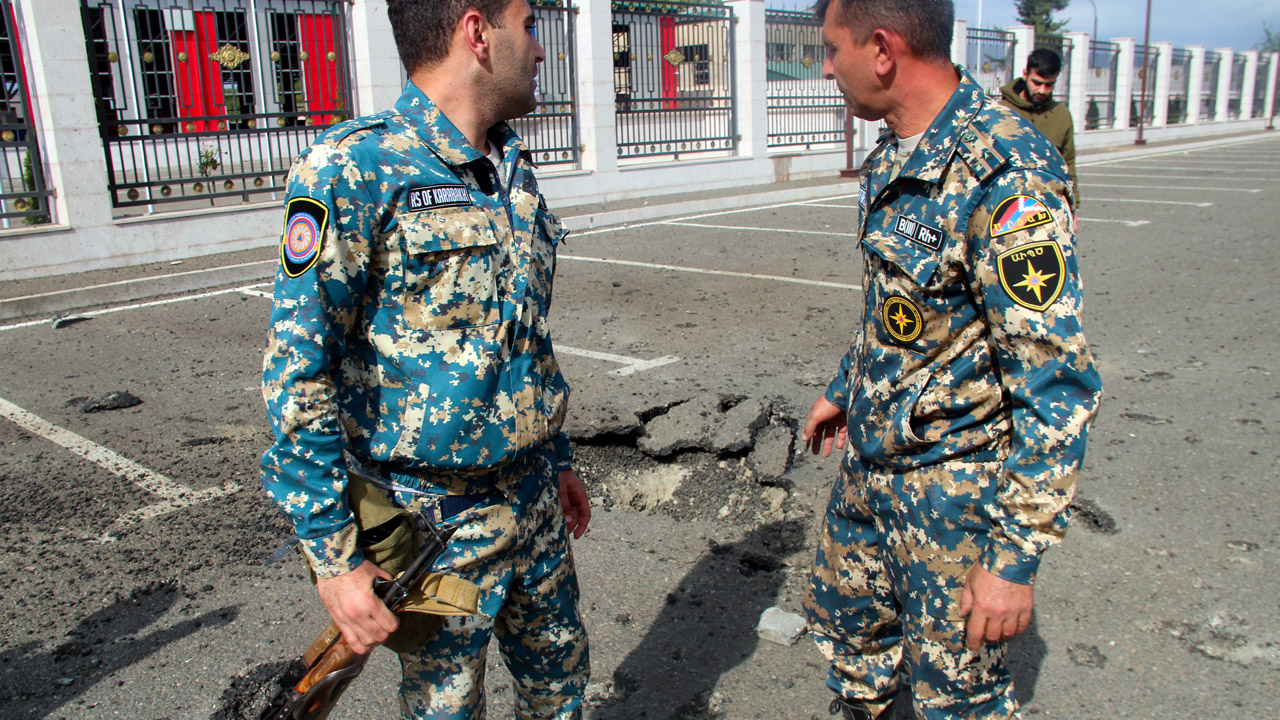 Servicemen of Armenia’s Emergencies Ministry stand outside the ministry’s building which is said was damaged by Azeri shelling in the breakaway Nagorny Karabakh’s main city of Stepanakert on October 2, 2020, during the ongoing fighting between Armenia and Azerbaijan over the disputed region. (Photo by Narek Aleksanyan / AFP)

Armenia accused Azerbaijani forces of striking the main city in the disputed Nagorny Karabakh region on Friday as fighting raged for a sixth day.

Yerevan said it was ready to work with mediators for a ceasefire but Azerbaijan fired back that Armenia must first withdraw its troops.

International calls for the two neighbours to halt fire and begin talks are intensifying as fears grow that the clashes could expand into a multi-front war sucking in regional powers Turkey and Russia.

French President Emmanuel Macron has warned NATO member Turkey — which backs Azerbaijan — against the alleged deployment of militants from Syria to the Karabakh conflict.