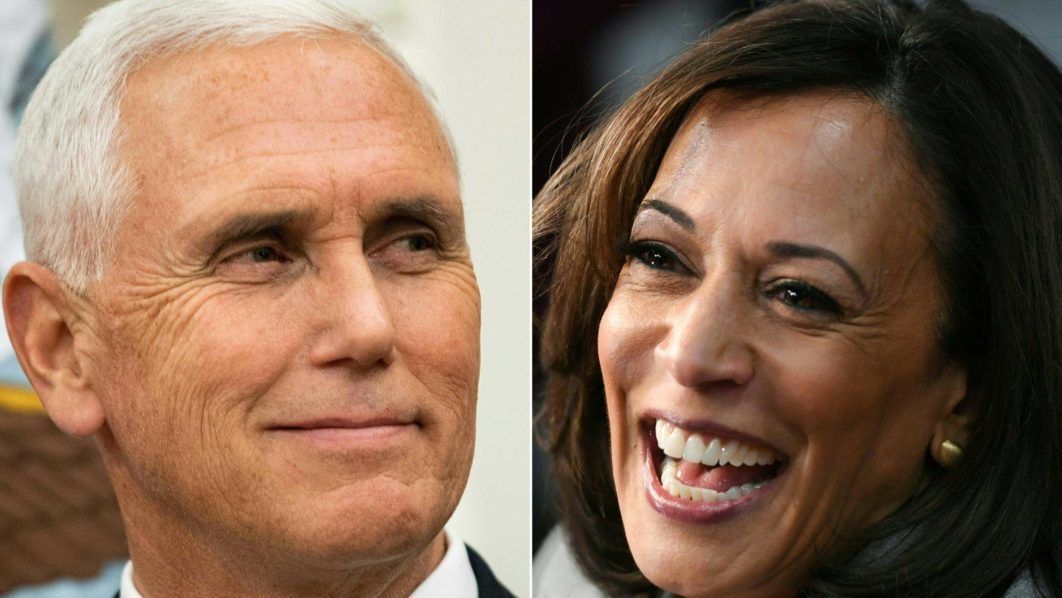 (COMBO) This combination of pictures created on October 06, 2020 shows US Vice President Mike Pence on October 08, 2019 in Washington, DC and Democratic vice presidential candidate California Senator Kamala Harris on November 21, 2019 in Atlanta, Georgia. – Harris hopes to deploy her former prosecutor’s repertoire against Pence on October 7, 2020, during the only televised debate between the candidates for the vice-president of the United States. (Photos by Brendan Smialowski and SAUL LOEB / AFP)

Democratic Senator Kamala Harris will be in the spotlight Wednesday debating Vice President Mike Pence, an opportunity for her to prosecute the case against four more years of a Donald Trump administration in the United States.

At age 55, the first woman of color on a major party presidential ticket is a dynamic and youthful asset to her 77-year-old running mate Joe Biden.