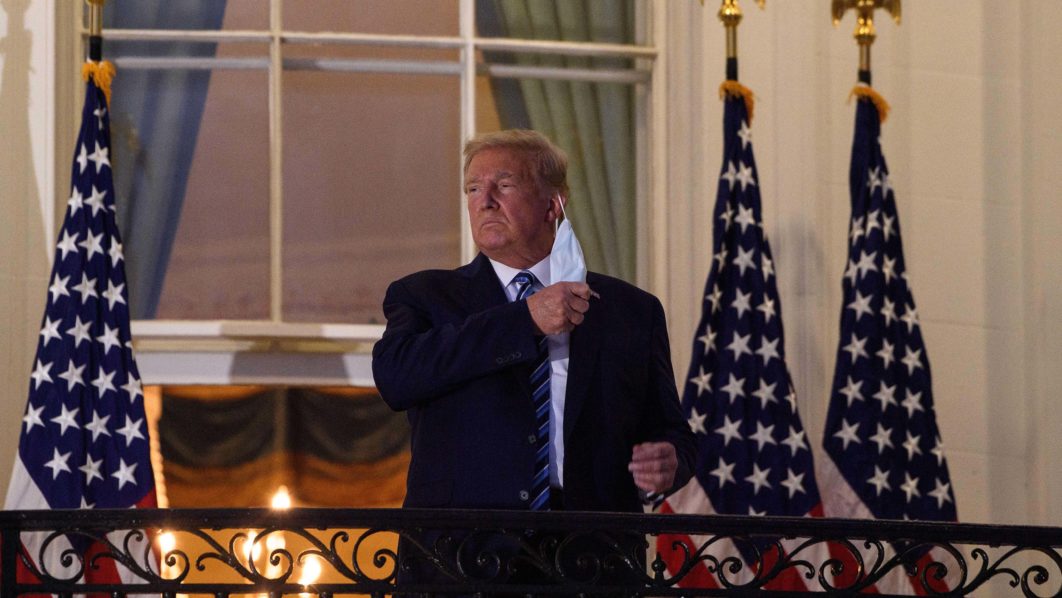 [FILES] US President Donald Trump takes off his facemask as he arrives at the White House upon his return from Walter Reed Medical Center, where he underwent treatment for Covid-19, in Washington, DC, on October 5, 2020. (Photo by NICHOLAS KAMM / AFP)

US President Donald Trump will give a public speech at the White House Saturday for the first time since testing positive for Covid-19, as he prepares a rapid return to the campaign trail just three weeks before the election.

The 74-year-old commander-in-chief has also announced a Florida rally on Monday in an attempt to relaunch his stumbling reelection campaign against surging Democratic rival Joe Biden, who called the president’s behavior “reckless.”

Seeking to project strength and improved health, Trump had refused to participate in next week’s scheduled debate after organizers shifted it to an online format out of coronavirus concerns.

On Friday the Commission on Presidential Debates made it official, saying next…