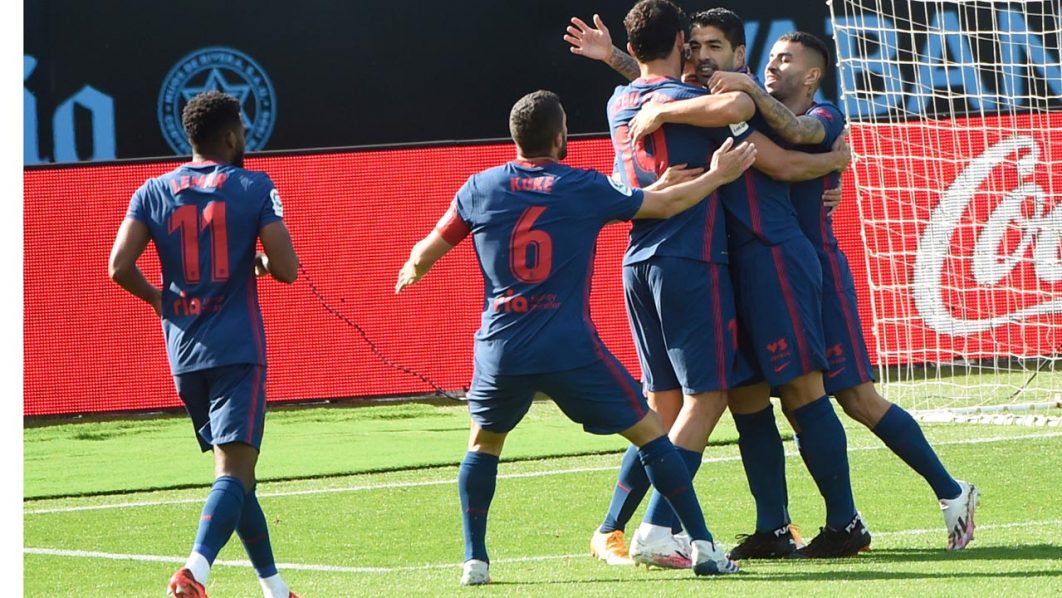 Atletico Madrid’s Uruguayan forward Luis Suarez (C) celebrates with teammates after scoring a goal during the Spanish League football match between Celta Vigo and Atletico Madrid at the Balaidos stadium in Vigo on October 17, 2020. (Photo by MIGUEL RIOPA / AFP)

But the Suarez-Costa combination came to an early end as Costa was forced off injured in the second half.

Sitting in the stands, Costa was seen with his face in his hands and he was also hobbling after the final whistle.

He is now likely to miss Atletico’s Champions League opener away at Bayern Munich on Wednesday.

Atletico climb to fourth, two points behind early leaders Real Madrid and one ahead of Barcelona, after the win. Celta, meanwhile, has managed only one win from their first six games and sit 13th.