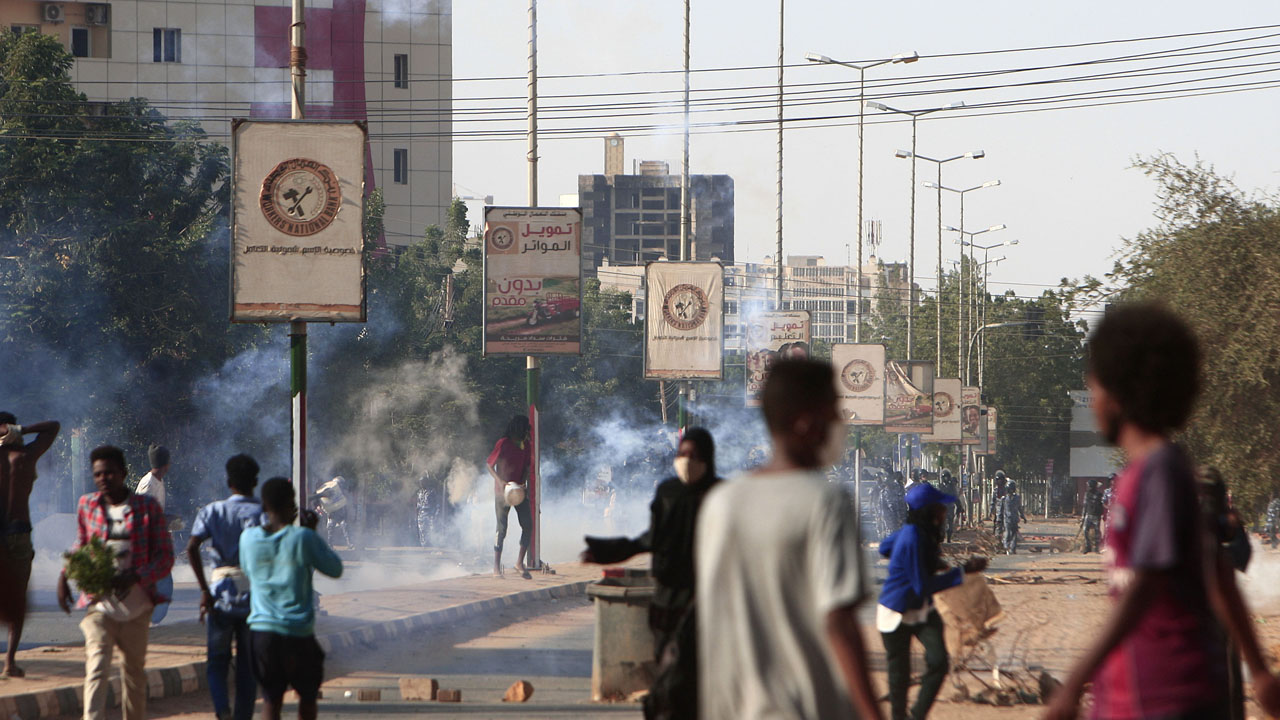 Sudanese protesters take to the streets on October 21, 2020 in Khartoum and neighbouring cities against a worsening economic crisis, and to demand justice for people killed during past demonstrations that toppled president Omar al-Bashir. – The protests took place in the capital and its twin city of Omdurman following online calls by the Sudanese Professionals Association, a trade union alliance that spearheaded the protests against Bashir. (Photo by Ebrahim HAMID / AFP)

Sudanese protesters rallied Wednesday against a deepening economic crisis but large police and army presence prevented mass demonstrations that had been called for online.

The activists in the capital Khartoum and its twin city of Omdurman also demanded justice for those killed during the popular uprising that toppled president Omar al-Bashir last year.

Jangebe abduction will be the last – Buhari | The Guardian Nigeria News