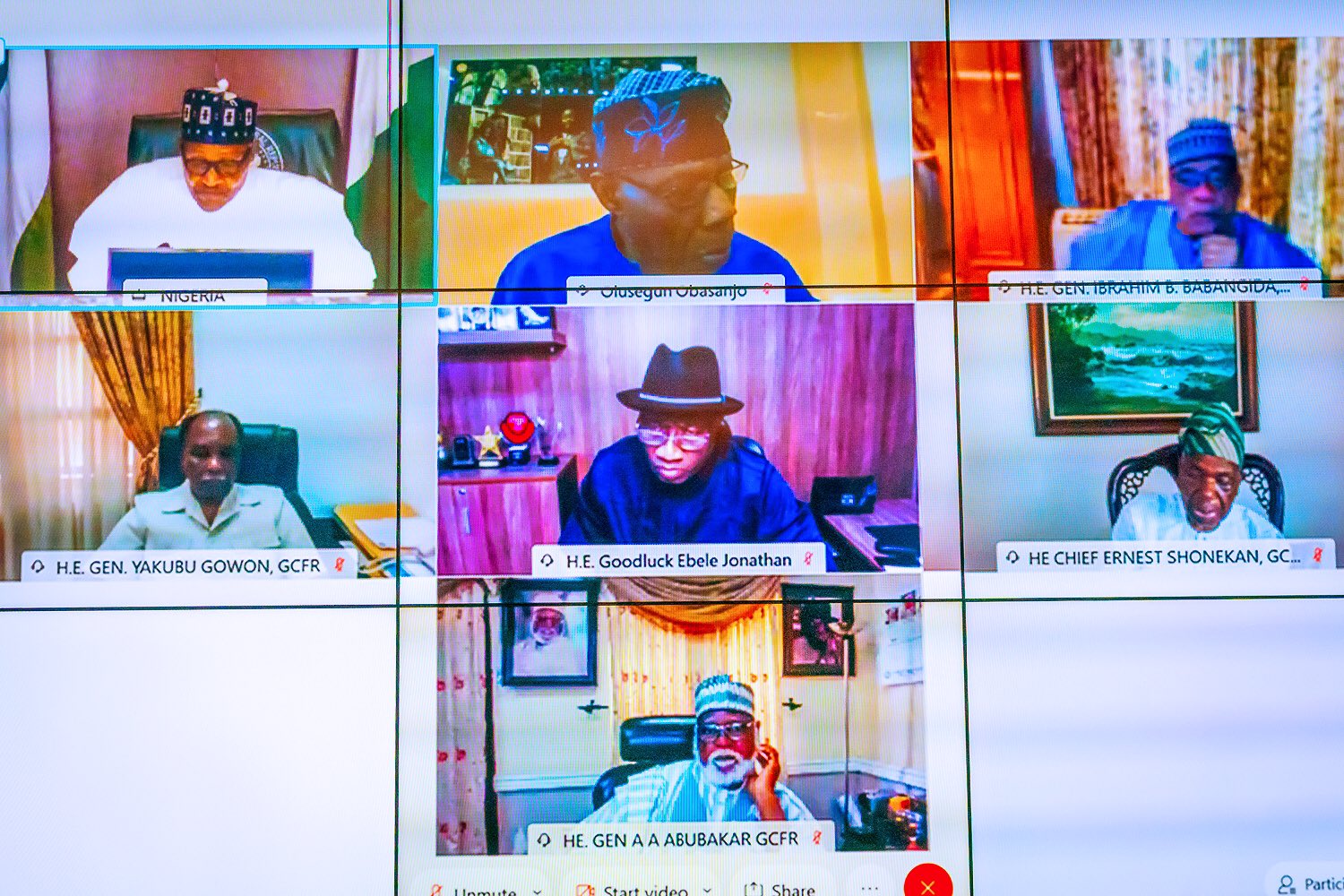 President Muhammadu Buhari on Friday told former Nigerian heads of state and presidents that the well-intended #EndSARS protests by youths in parts of the country was hijacked and misdirected.

SARS is the acronym for Special Anti-Robbery Squad, a unit of the Nigeria Police that was recently disbanded by the government.

The meeting between President Buhari and the former Nigerian leaders came barely 24 hours after he presided over the National Security Council at the Presidential Villa, Abuja and later addressed the nation.

In a virtual meeting with the former leaders, President Buhari reiterated that the government will not fold its arms and allow miscreants and criminals continue to perpetrate acts of hooliganism in the country.