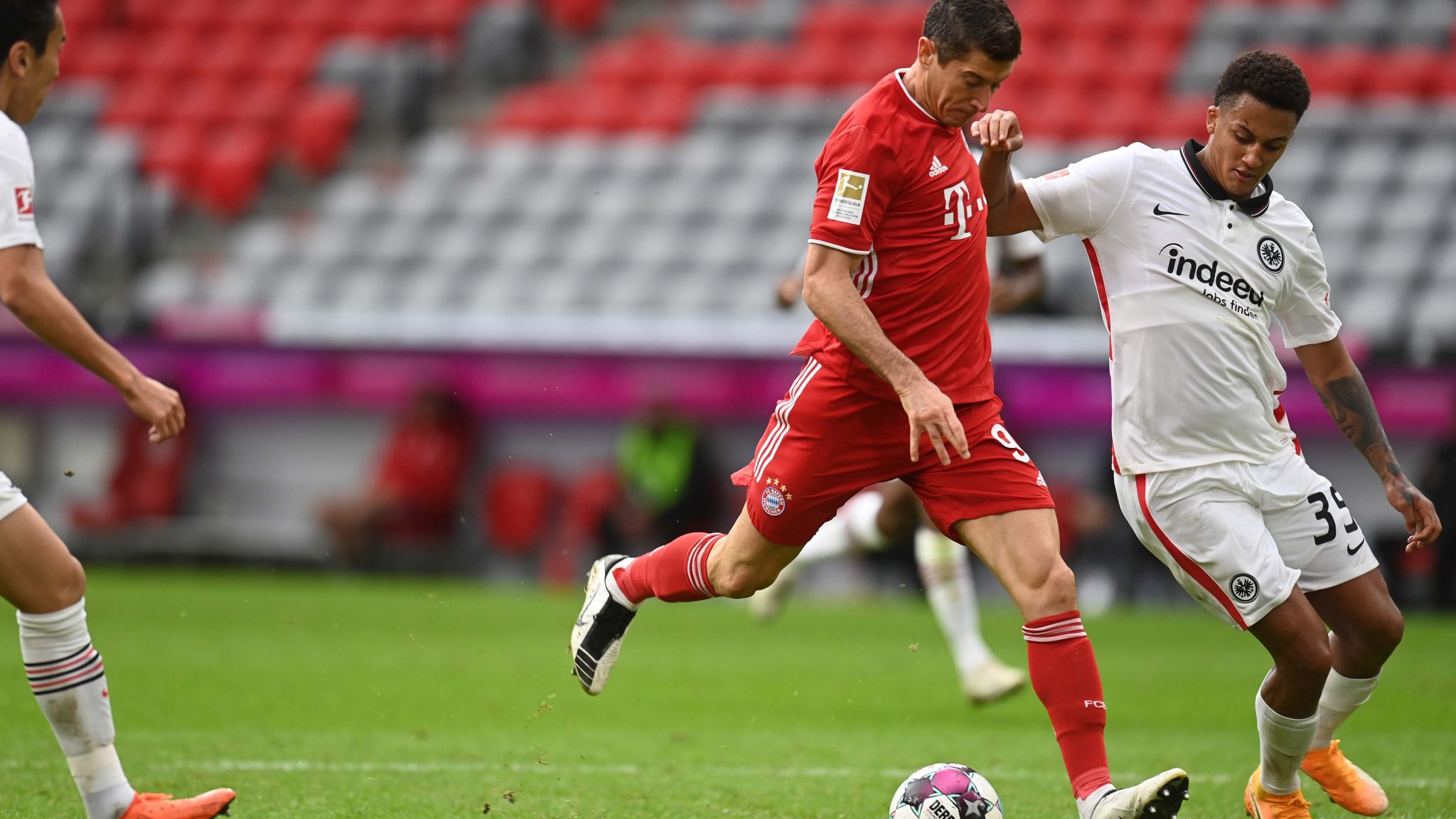 Robert Lewandowski took his Bundesliga tally to 10 goals in five games this season with a hat-trick as Bayern Munich thumped Eintracht Frankfurt 5-0 on Saturday.

Lewandowski has scored nine goals in his last three league games and wrapped up his treble within an hour at the Allianz Arena.

Bayern sit one point behind in second place.

In Munich, Leroy Sane marked his return from injury with the fourth goal during a brief cameo, before England Under-17 midfielder Jamal Musiala also came off the…