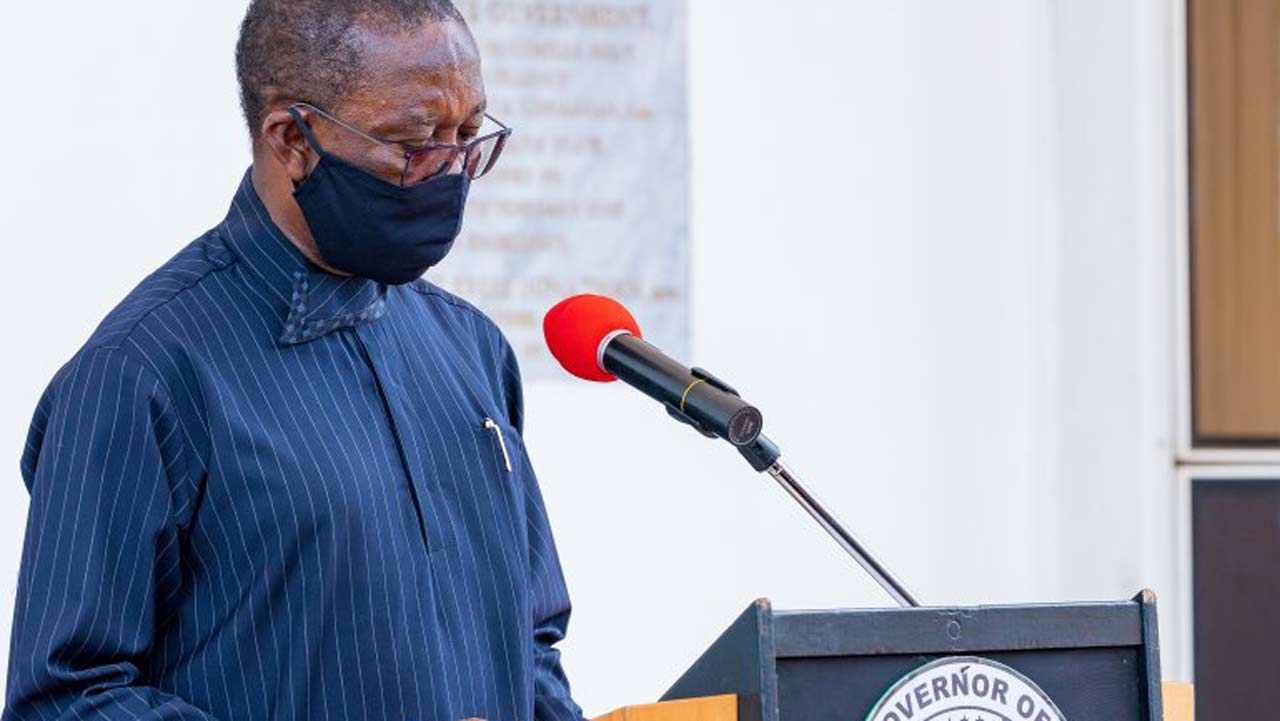 Gov. Ifeanyi Okowa of Delta has warned hoodlums hiding under the guise of #ENDSARS protest to loot and destroy public and private assets in the state to stop or face the full wrath of the law.

The governor gave the warning while inspecting buildings and other structures torched on Wednesday night in Asaba by suspected hoodlums.

The governor said that he was in support of the reforms in the country being championed by the #ENDSARS peaceful protesters, but condemned the acts of the hoodlums who had hijacked the peaceful protest to loot, maim, kill and cause unrest in the state.
He called on residents of the state to be vigilant and also synergize with security operatives and the government in fashioning out ways to arrest and prosecute those behind the dastardly…