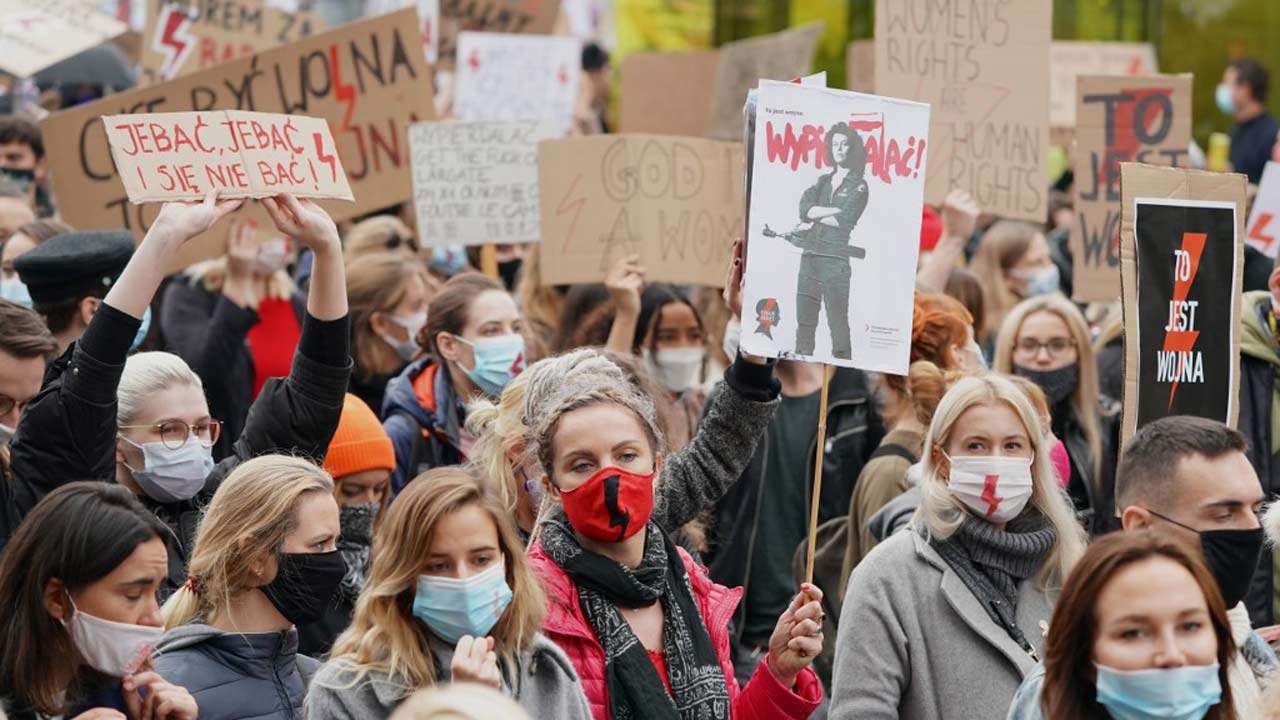 Demonstrators protest with banners and placards against tightening Poland’s already restrictive abortion law in Warsaw on October 28, 2020. Women in Poland walked off the job and hit the streets nationwide on October 28, 2020, the seventh straight day of mass protests over a court ruling to impose a near-total abortion ban in Poland. JANEK SKARZYNSKI / AFP

The Polish capital prepared for a mass demonstration on Friday against a court ruling that would ban almost all abortions.

Crowds of protesters are expected to defy coronavirus restrictions and risk contagion to join the demonstration in Warsaw.

“We’re prepared to fight till the end,” Marta Lempart, co-founder of the Women’s Strike movement, told reporters on Friday.

Security is expected to be tight following some clashes between protesters and far-right activists in nine consecutive days of protests.