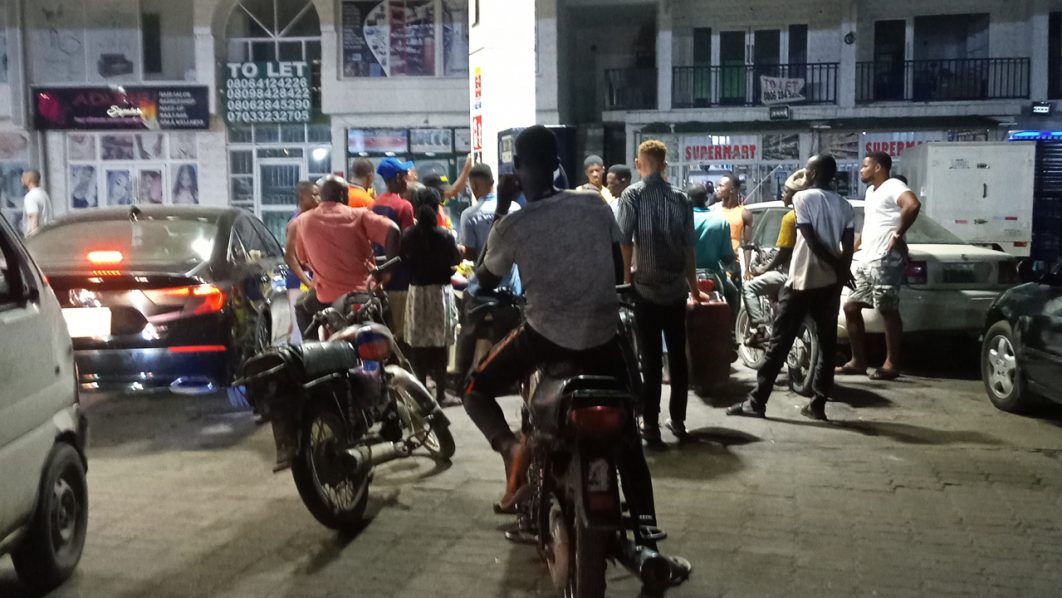 Marketers of Premium Motor Spirit (PMS), otherwise called petrol, yesterday, directed their members to sell the product between N168 and N170 per litre.

This followed an announcement by the Nigerian National Petroleum Corporation (NNPC) increasing the wholesale price of the product from N147 to N155.

Maintaining a steady rise since the Federal Government deregulated the downstream segment of the petroleum industry earlier this year, the price has risen from about N121 in June to N170 this year.

Queue at Oando filling station in Ajah, Lagos even as petrol was being sold at N170 per lire following the hike in pump price announced earlier in the morning… yesterday

The current development followed a volatile oil price, which yesterday sold about $43 per barrel, although it has remained between $40 and $45 for months. The official exchange rate has…