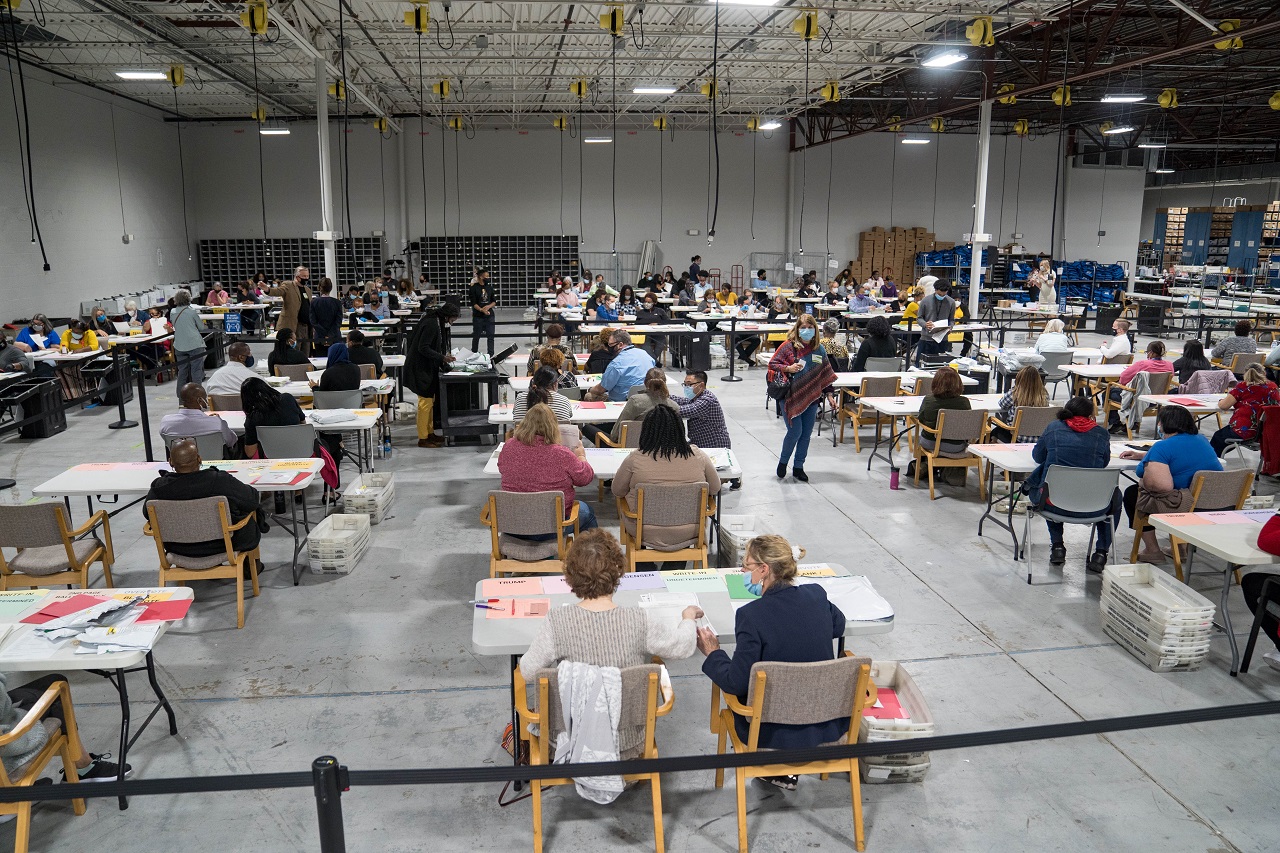 LAWRENCEVILLE, GA – NOVEMBER 16: Gwinnett County election workers handle ballots as part of the recount for the 2020 presidential election at the Beauty P. Baldwin Voter Registrations and Elections Building on November 16, 2020 in Lawrenceville, Georgia. Officials are hoping to finish the hand counting of ballots before the deadline on November 18. A winner has not been declared in Georgia, where President-elect Joe Biden leads President Donald Trump by 0.3 percentage points. Megan Varner/Getty Images/AFP

Georgia was due Thursday to release results of a hand recount of presidential election votes — with President-elect Joe Biden expected to be reaffirmed as the first Democrat to win the southern US state in almost three decades.

President Donald Trump has claimed baselessly that the recount of some five million ballots is rigged and the state would “flip” to him if authorities conduct a fairer process.