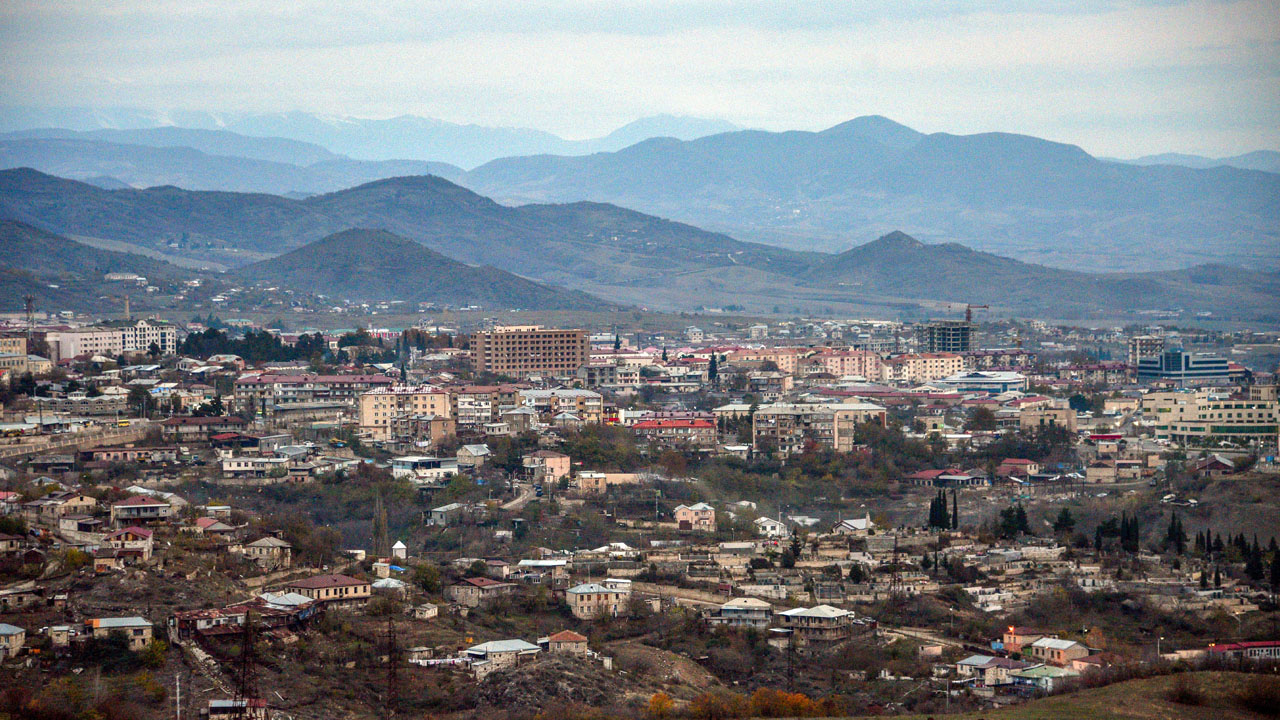 A photo taken on November 26, 2020 shows a view of the town of Stepanakert on November 26, 2020, after six weeks of fighting between Armenia and Azerbaijan over the disputed Nagorno-Karabakh region. – A Moscow-brokered peace deal was announced on November 10 after Azerbaijan’s military overwhelmed Armenian separatist forces and threatened to advance on Karabakh’s main city Stepanakert. (Photo by Karen MINASYAN / AFP)

Dressed in impeccable camouflage fatigues with Kalashnikovs slung over their shoulders, Russian peacekeepers stand guard along the last road linking Armenia with the restive region of Nagorno-Karabakh.

After meticulously writing down a car’s registration number in a large notebook, a soldier stands aside to let the driver pass and wishes him a good journey.

“When the peacekeepers arrived, the situation became calmer than during the war. It’s reassuring,” says Erik Tovmasyan, who is driving from Karabakh’s main city Stepanakert to the Armenian capital…