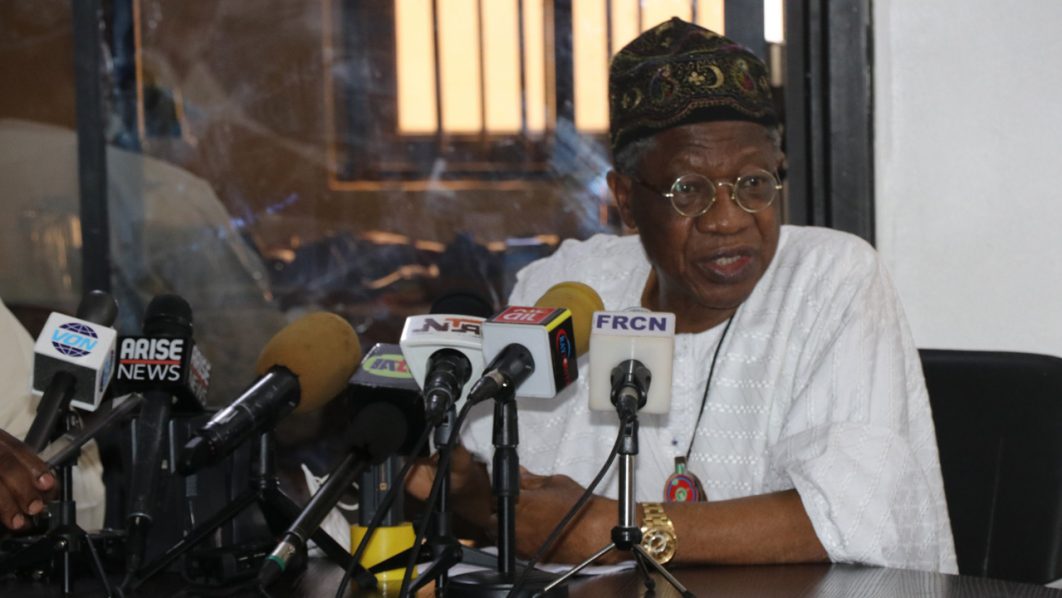 Minister of Information and Culture, Alh. Lai Mohammed at a meeting with Title Editors of major newspapers in Lagos. Photo: TWITTER/FMICNIGERIA

The Minister of Information and Culture, Alhaji Lai Mohammed, yesterday, restated the resolve of the President Muhammadu Buhari-led government to regulate the social media in its spirited bid to keep the country united.

Speaking at a media session with senior journalists in Lagos, the minister said the government would not fold its arms and allow the reckless use of social media to aggravate fault lines and throw the country into turmoil.

Mohammed, however, assured Nigerians that, in curbing the excesses of social media, the government had no plan to shut down the Internet nor stifle press freedom or free speech, as some have insinuated, adding that social media was here to stay.

To validate the government’s standpoint, the…