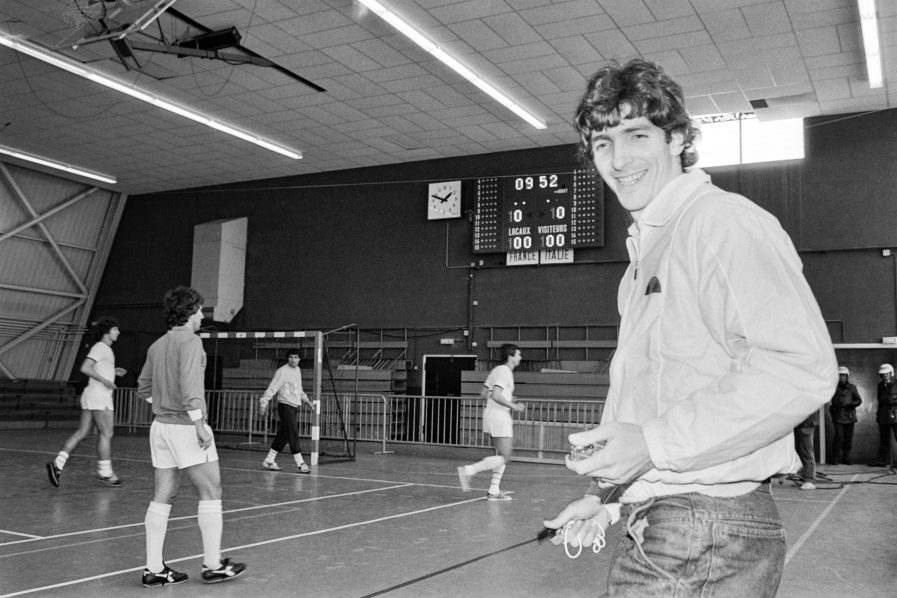 Italian player Paolo Rossi holds a stopwatch and a whistle and as he referees a friendly football match between France and Italy as part of the Monaco International television festival and the needs of a show. – Paolo Rossi, a hero of Italian football who inspired the national side to victory in the 1982 World Cup, has died aged 64, Italian media reported on December 10, 2020. (Photo by Eric GAILLARD / AFP)

Football is mourning the death of Paolo Rossi, the prolific striker whose goals led the Azzurri to World Cup glory in 1982. Here are the stand-out moments from the career of one of Italy’s greatest players, who has died at the age of 64:

– Inauspicious start –
Rossi made his debut with Juventus in 1973 but the early years of his career were compromised by injury, needing three operations on his knees. He was farmed out to Como, where he made his Serie A debut, and then loaned to Serie B side Vicenza for the 1976-77 season, moving from the right-wing to center-forward. It…