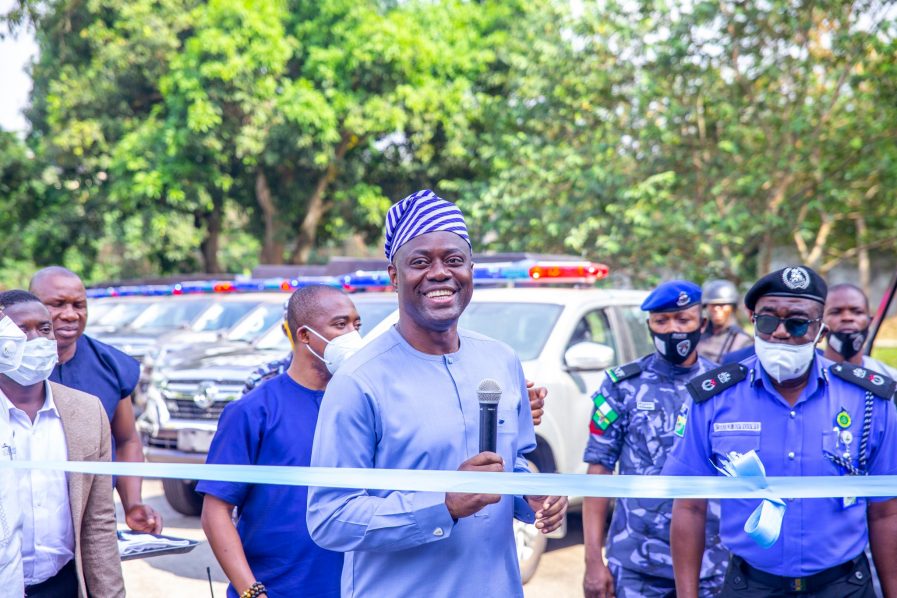 Over 25 additional operational vehicles were handed over to the Swift Response Squad (SRS) and ‘Operation Burst.’ Photo: TWITTER/SEYIAMAKINDE

Gov. Seyi Makinde of Oyo State on Friday handed over 25 operational vehicles fully equipped with communication gadgets to security agencies in the state.

Makinde, while handling over the vehicles to the agencies, promised that his government would continue to prioritise the welfare of security personnel serving in the state.

The News Agency of Nigeria (NAN) reports that the handing over was done at the frontage of the Presidential Lodge, Government House, Agodi, Ibadan.

Ten of the vehicles were donated to the Swift Response Squad (SRS) – a unit of the Nigeria Police Force, while the remaining 15 were given to Operation Burst – a state-backed unit comprising the Military, Police and Nigeria Security and Civil Defence Corps.