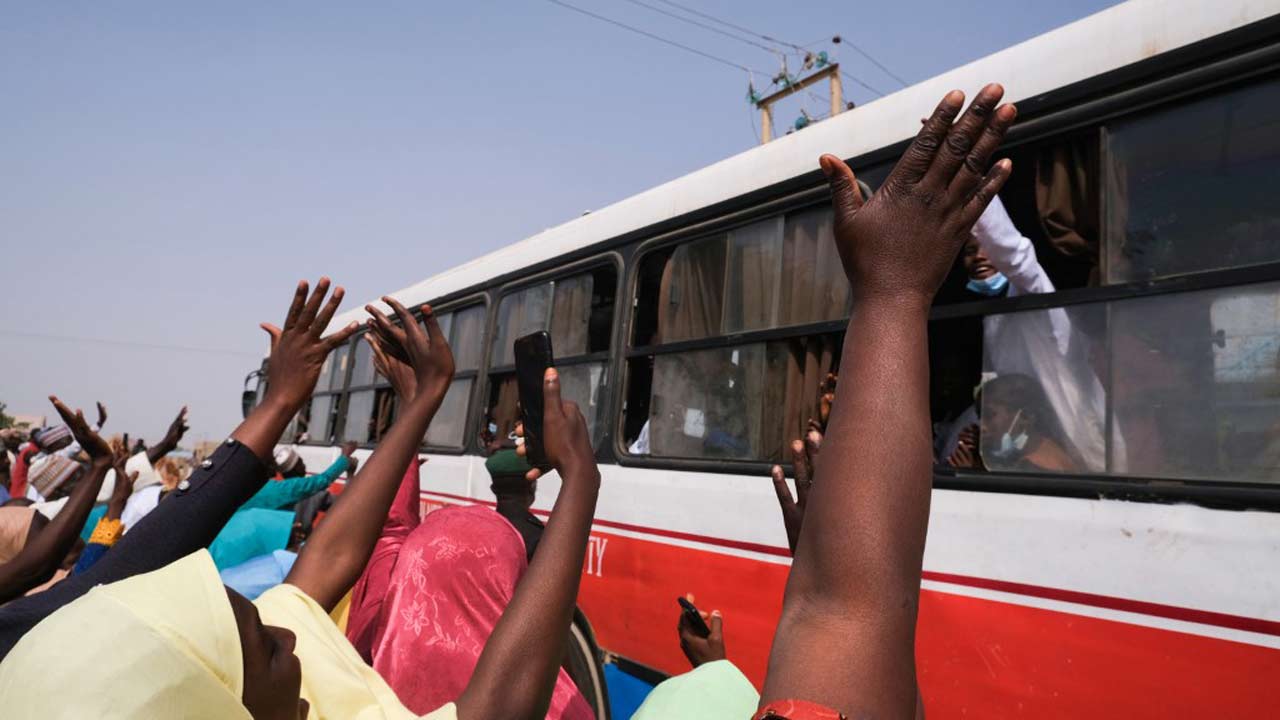 Parents jubilate upon the release of the abducted Kankara schoolboys in Katsina, northwestern Kastina, Nigeria on December 18, 2020. Exhausted and dishevelled, several hundred Nigerian schoolboys seized in a mass abduction claimed by Boko Haram experienced their first full day of freedom on December 18, 2020 after a nearly week-long ordeal. Kola Sulaimon / AFP

Hundreds of parents wept openly yesterday afternoon when they reunited with their children who were abducted by gunmen at the Government Science Secondary School (GSSS) in Kankara, Katsina state.

This is even as wife of the state governor, Mrs. Hadiza Masari, called on the parents not to withdraw their children from school due to the incident.

The parents, many of whom threw decorum to the wind, could not contain their emotions after they saw their children at the state pilgrims camp, where they were lodged.

Catch Up: Rundown Of Events That Happened Last Week