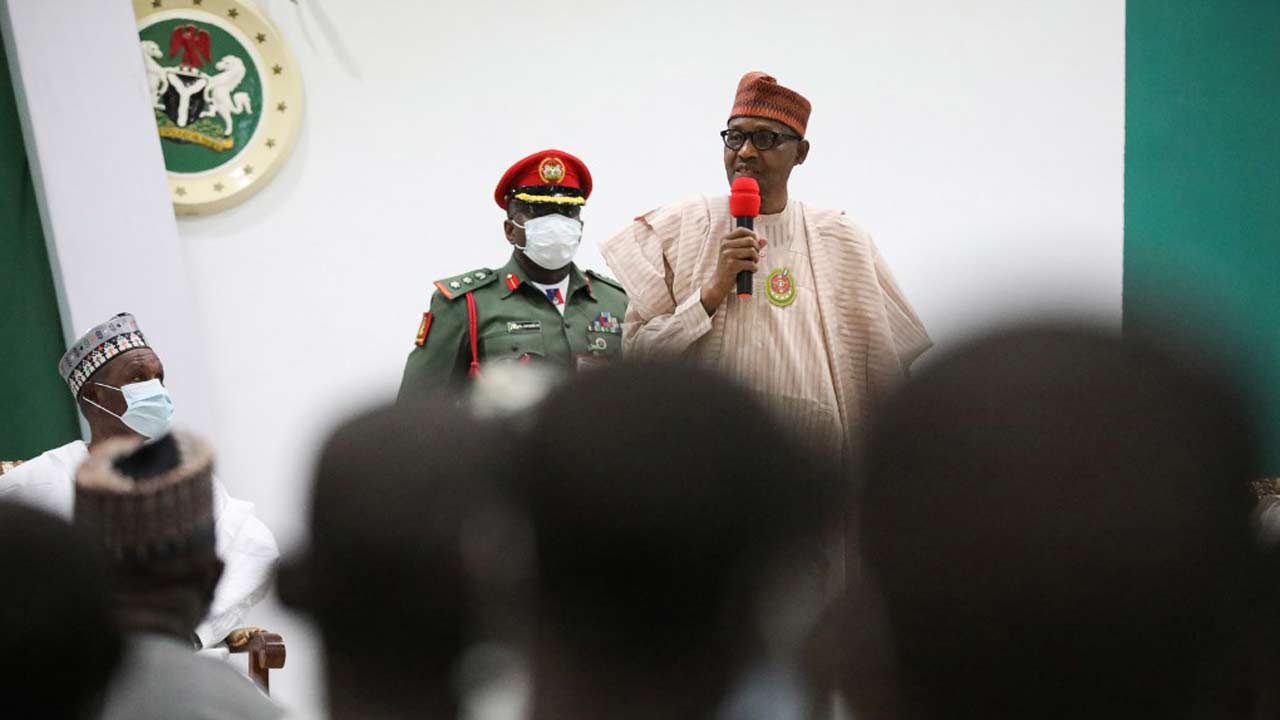 Nigeria’s President Muhammadu Buhari (R) speaks during a meeting with the released Kankara schoolboys upon their release in Katsina, Nigeria, on December 18, 2020. PHOTO: Kola Sulaimon / AFP

The European Union in a statement by Joseph Cullen, Special Rapporteur, Lake Chad, West Africa, said the release of the students is a deserving relief to see that everything ended without bloodshed.

According to Cullen, measures must be put in place to ensure that such actions do not repeat itself again.

”The abduction had sent shockwaves across the entire international community because of the similarities it shared with the kidnap of the schoolgirls in a secondary school in a town of Chibok in Borno State of Nigeria which took place on the night of Monday, the 14th day of April 2014 under…