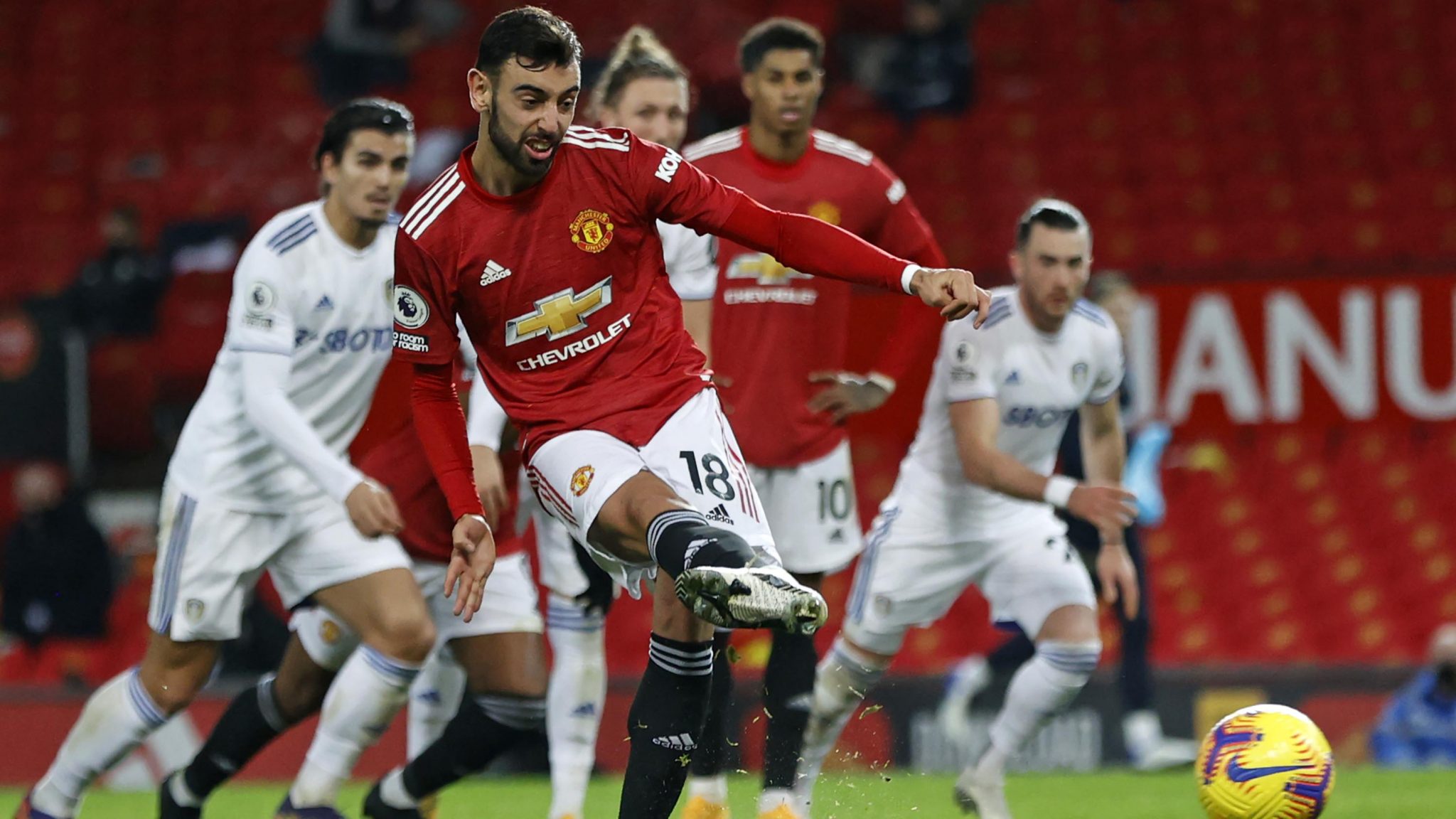 Manchester United demolished Leeds 6-2 in the first league meeting between the sides for 16 years to bolster their Premier League title aspirations on Sunday.

The much-anticipated clash as a historic rivalry was renewed lacked the fervour of a full Old Trafford in the stands, but more than delivered on the field.

There was little doubt about the result after just three minutes, though, as McTominay scored twice in an incredible start.