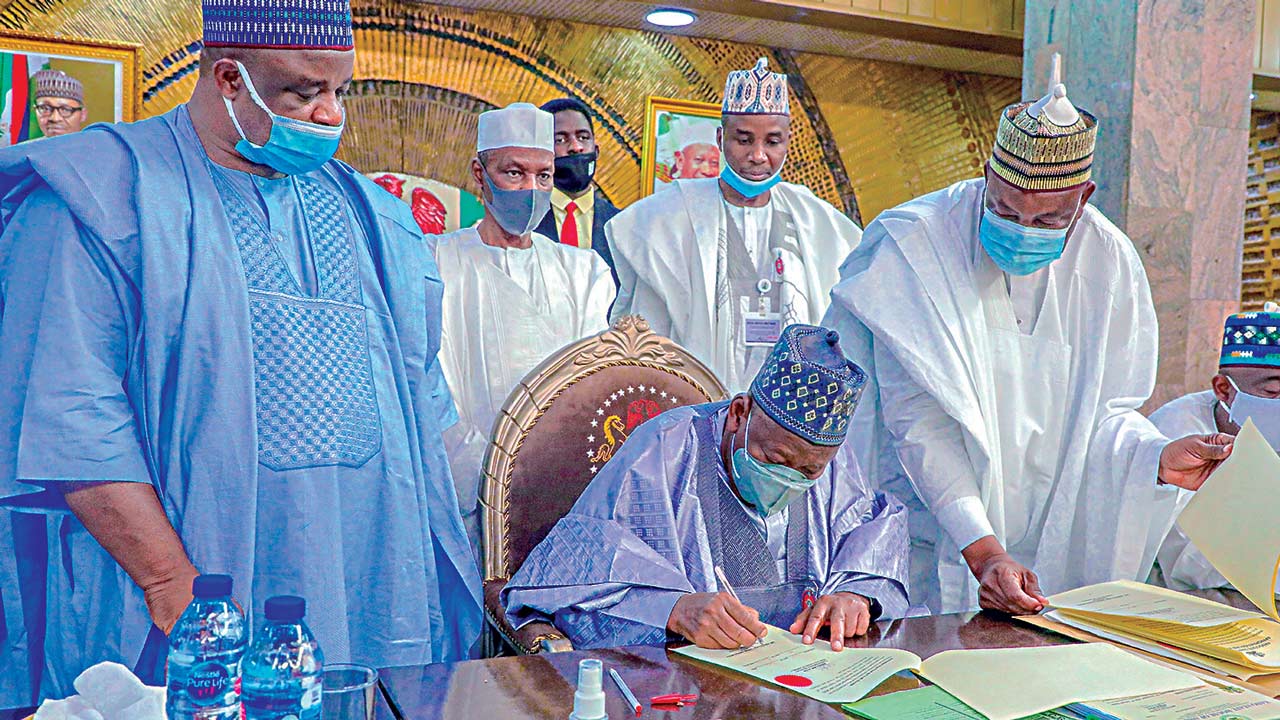 Governor Abdullahi Ganduje of Kano State and his counterparts from Katsina, Gombe and Benue have signed the their respective states’ appropriation bill into law.

Ganduje had submitted the N147.9 billion ‘Budget of Reality’ to the House of Assembly in October 2020 for scrutiny. However, the N177,936,737.540 budget passed into law indicated N30 billion increase to the estimate submitted by Ganduje in October.

The governor also signed N52.1 billion supplementary budget for 2020 into law. Education, health and infrastructure took top priority in the 2021 budget, among other sectorial allocations.

Assenting to the appropriation at the Government House, Kano, Ganduje declared his determination to ensure 90 per cent implementation of capital projects slated for 2021.

IN the same vein, Governor Aminu Masari of Katsina State, yesterday, signed into law the…

New Emir of Biu gets staff of office