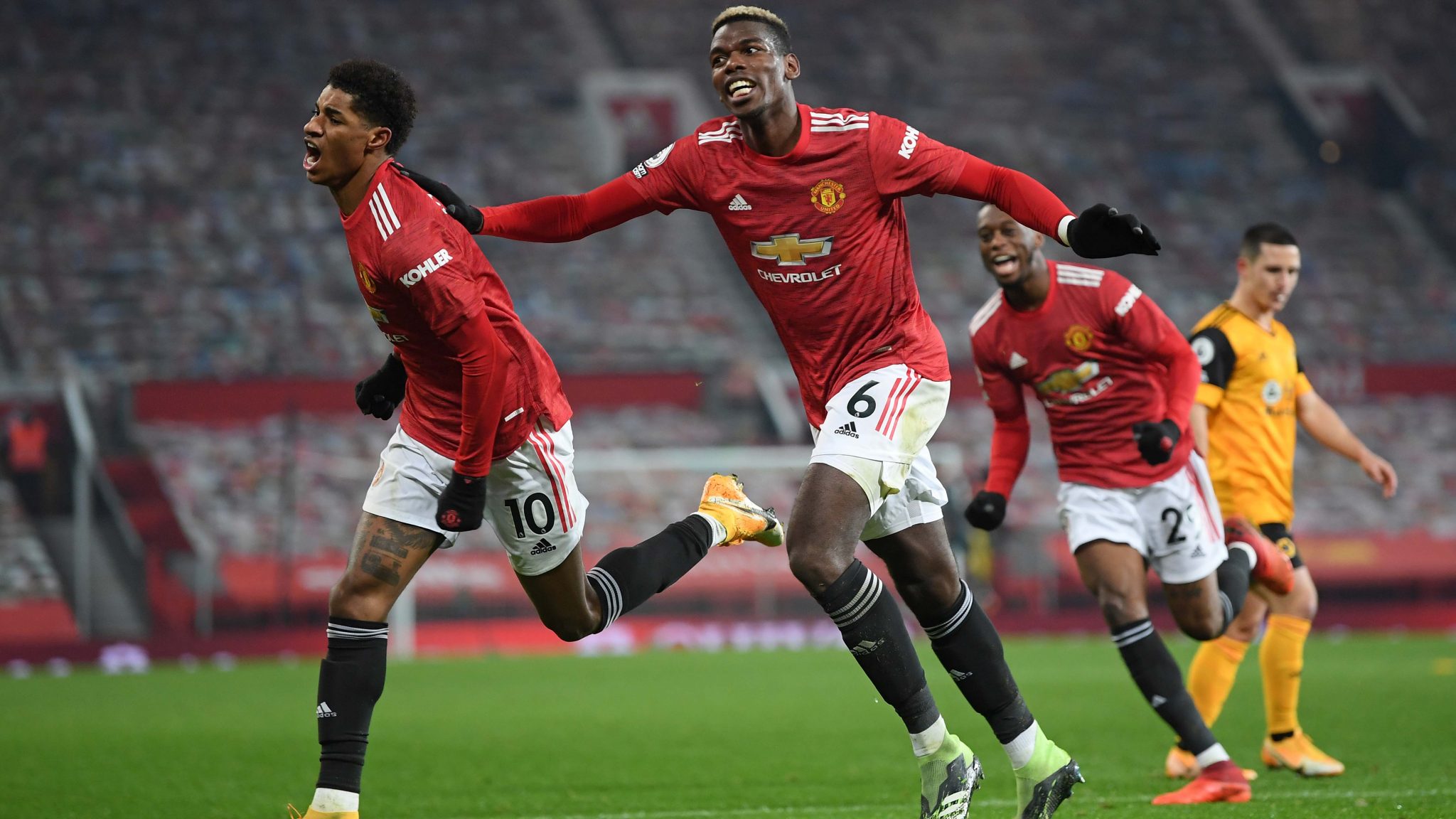 Marcus Rashford’s deflected strike deep into stoppage time moved Manchester United to within two points of Liverpool at the top of the Premier League with a 1-0 win over Wolves on Tuesday.

United laboured for long spells against a youthful Wolves side, but got a huge slice of fortune in the 93rd minute when Rashford’s shot hit Romain Saiss to leave Rui Patricio helpless.

Victory takes Ole Gunnar Solskjaer’s men up to second and continues an excellent run of 23 points from the last possible 27 to mount an unlikely title challenge after a slow start to the season.

Despite enjoying one more day’s rest…