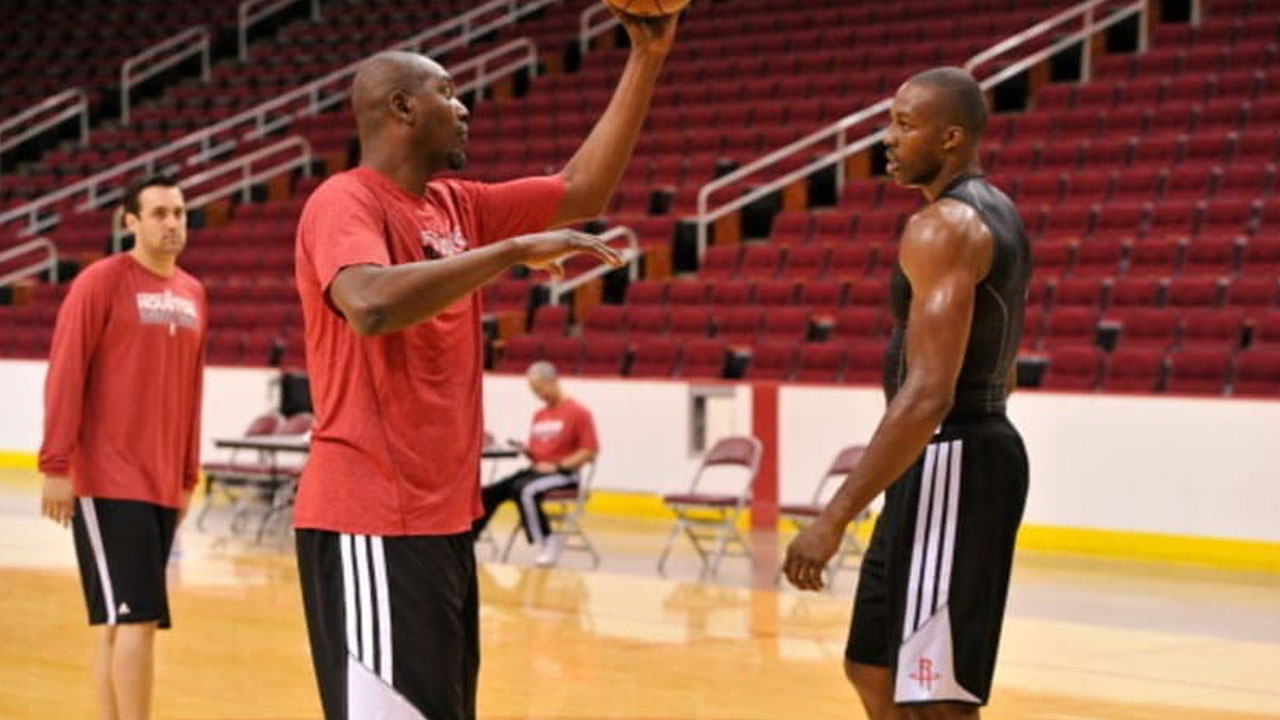 NBA legend Hakeem Olajuwon works out with Dwight Howard in this 2013 photo taken at The Toyota Center Houston, Texas. Photo by Bill Baptist/NBAE via Getty Images

Dwight Howard has overtaken Hakeem Olajuwon and moved into sole possession of 13th place on the NBA’s all-time rebounds list.

Howard, who spent a number of off-seasons learning how to become a more effective centre under the tutelage of Olajuwon, achieved the milestone at the weekend during the first quarter of Philadelphia 76ers matchup with the Denver Nuggets.

35-year-old Howard, playing in his 17th season, had 11 points and 11 rebounds in the game and, in the process, passed the great Olajuwon for 13th on the league’s all-time rebounds list.

Howard, who is averaging 6.3 rebounds this season, now has 13,749 rebounds in his career and he is just 20 away from tying Wes Unseld for 12th on the list.

Olajuwon picked up 13,748 rebounds during an 18-year NBA career that saw the Nigerian-born centre stake his claim as one…

6 Traits You Need to Develop As A Day Trader