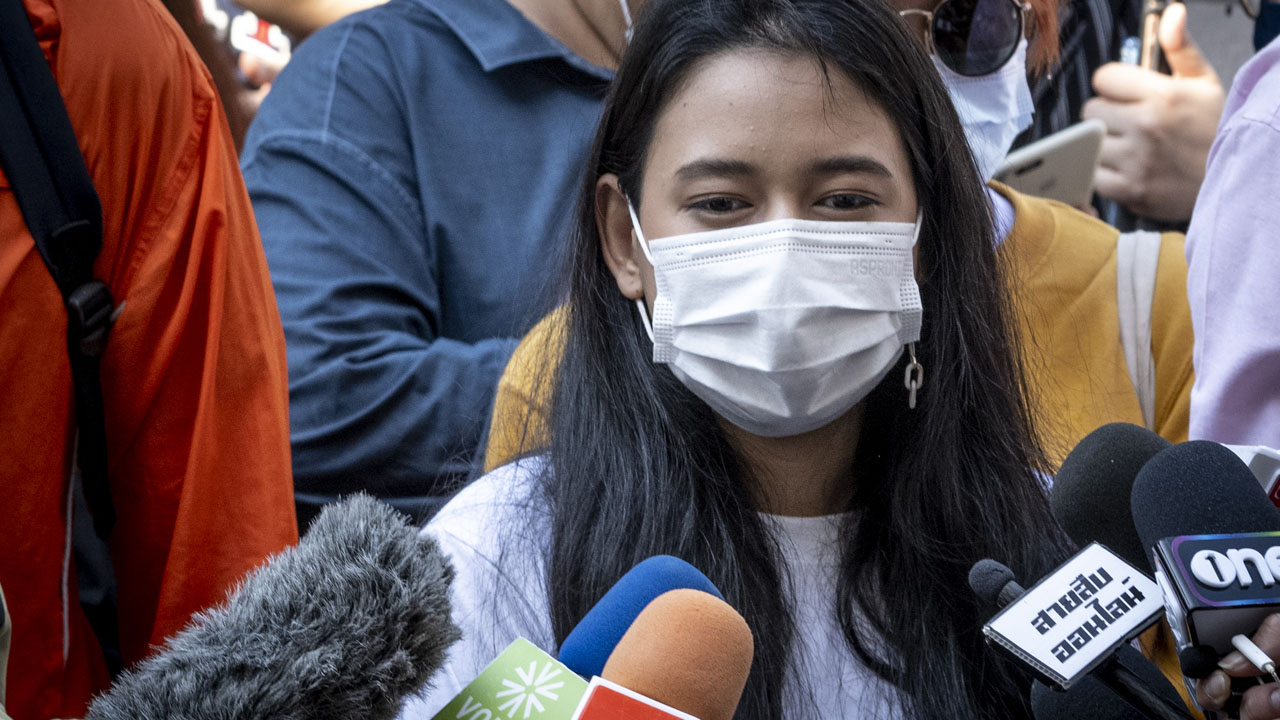 Thai pro-democracy activist Patsaravalee “Mind” Tanakitvibulpon, wearing a face mask, speaks to journalists outside a police station in Bangkok on January 7, 2021, ahead of facing charges involving section 112, the kingdom’s tough royal defamation law. – The 13 protesters demanding reforms to the monarchy, were charged with the lese majeste laws on January 7, for taking part in a demonstration in front of the German Embassy in November 2020. (Photo by Mladen ANTONOV / AFP)

Thai authorities on Monday charged four democracy activists with royal defamation, with the protest movement rocking the kingdom put on hold because of a spike in coronavirus cases.

A total of 41 people have now been charged with insulting the monarchy in a major uptick in Thailand’s use of its strict lese majeste laws since a youth-led protest movement began last July.

The charges can carry a 15-year jail sentence, but the threat of prosecution has not deterred protesters from demanding reform to the…

Catch Up: Rundown Of Events That Happened Last Week