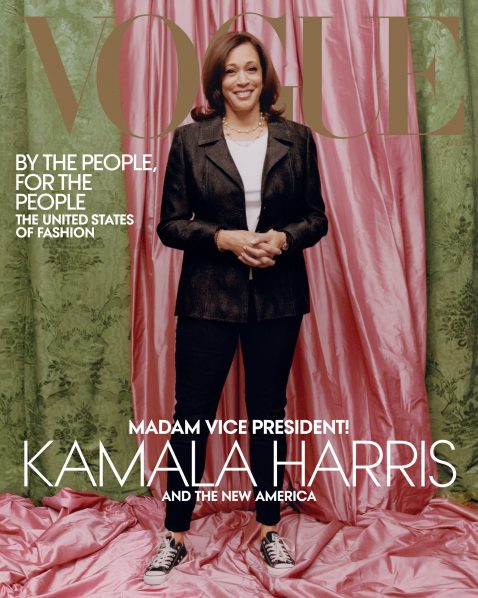 A Vogue cover photo of a casual Vice President-elect Kamala Harris has sparked controversy, with critics saying it diminishes the politician’s achievements, forcing editor Anna Wintour to defend the image on Tuesday.

Criticism of the cover has spread on social media since it was released on Sunday, with users insisting that what they see as a poorly composed portrait of Harris wearing sneakers is disrespectful to the first Black woman to be elected vice president.

The photo, in which Harris also wears a blazer and jeans, was taken by American photographer Tyler Mitchell, who in 2018 became the first Black photographer to shoot a Vogue cover with his portraits of music icon Beyonce.

It was this image that Wintour chose to grace the cover of the hard copy of the February issue, rather than a more formal portrait of Harris in a light blue Michael Kors pantsuit, which was also taken by Mitchell.

Writing in the Washington…