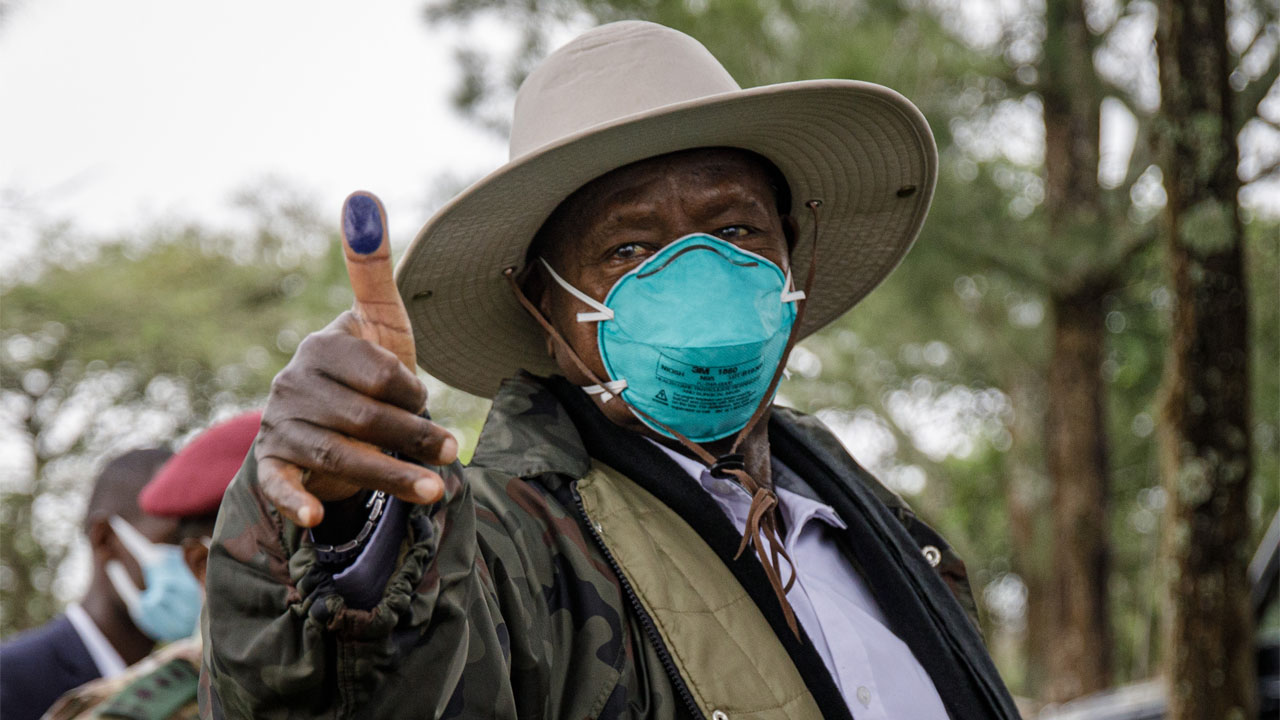 Ugandan President Yoweri Museveni shows his ink-marked thumb after casting his ballot at the Kaaroh high school polling station in Kiruhura, Uganda, on January 14 ,2021. – Ugandans voted on January 14, 2021 under heavy security and an internet blackout in an election pitting veteran leader Yoweri Museveni against a former popstar after one of the bloodiest campaigns in years. (Photo by Badru KATUMBA / AFP)

Uganda’s Yoweri Museveni looked headed for a sixth term as president with election results Saturday placing him firmly ahead of his main rival, who has cried fraud and whose home has been put under heavy guard.

The country’s election commission announced that with 86.7 percent of polling stations reporting results, Museveni had 58.8 percent of votes, while former popstar Bobi Wine had 34.2 percent.

Wine, 38, meanwhile was on track to see his newly formed National Unity Platform (NUP) become the main opposition party in…

After Sarkozy, ex-French PM Balladur in dock for corruption