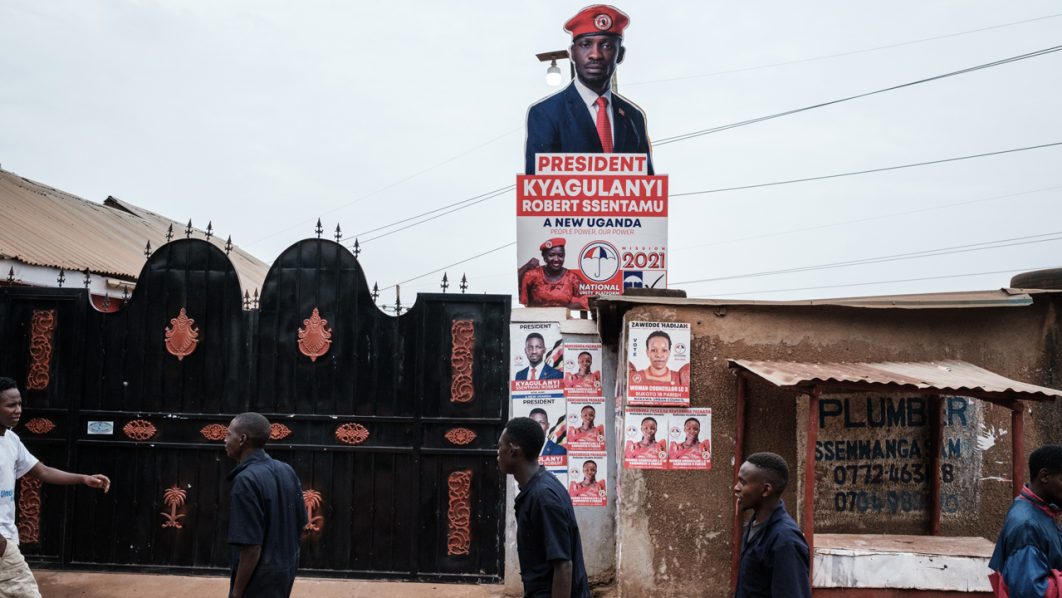 The billboard of presidential candidate Robert Kyagulanyi, aka Bobi Wine, is seen before the announcement of the presidential election results at the gate of National Unity Platform (NUP) headquarters in Magere, Uganda, on January 16, 2021. – Uganda’s Yoweri Museveni has won a sixth term in office, the election commission said on January 16, 2021, extending his 35-year rule after an election which his main rival said was marred by fraud. (Photo by Yasuyoshi CHIBA / AFP)

Ugandan opposition leader Bobi Wine on Sunday urged the international community to demand he be released from “house arrest” after a disputed election returned President Yoweri Museveni to the office for a sixth term.

The former ragga singer turned lawmaker, who came second in the presidential election, has not left his home since he went out to vote on Thursday, and has said his home is surrounded by hundreds of police and soldiers.

“We are here, we have run out of food, and nobody is allowed to come in…