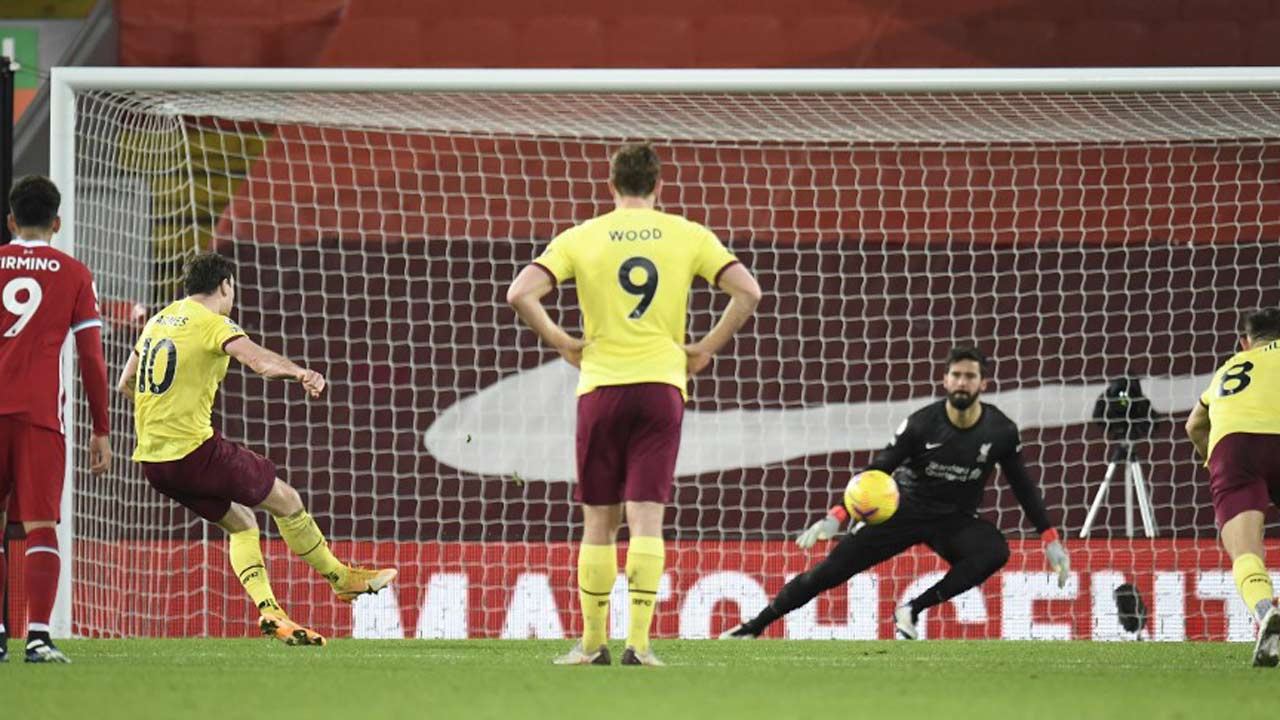 After romping to a first league crown for 30 years last season, Liverpool are suffering a hangover in their title defence as Jurgen Klopp’s men have gone five games without a Premier League win for the first time since 2017.

A remarkable 68-game unbeaten run in the league at Anfield came to an end in shock fashion on Thursday as Burnley became the first visiting side to emerge victorious in nearly four years with a 1-0 win.

Liverpool are still just six points off the top in fourth, but momentum is with the Manchester giants as United and City look set to do battle for the title.

Klopp, meanwhile, is already turning his attention just to ensuring Liverpool do not fail to qualify for next season’s Champions League by…