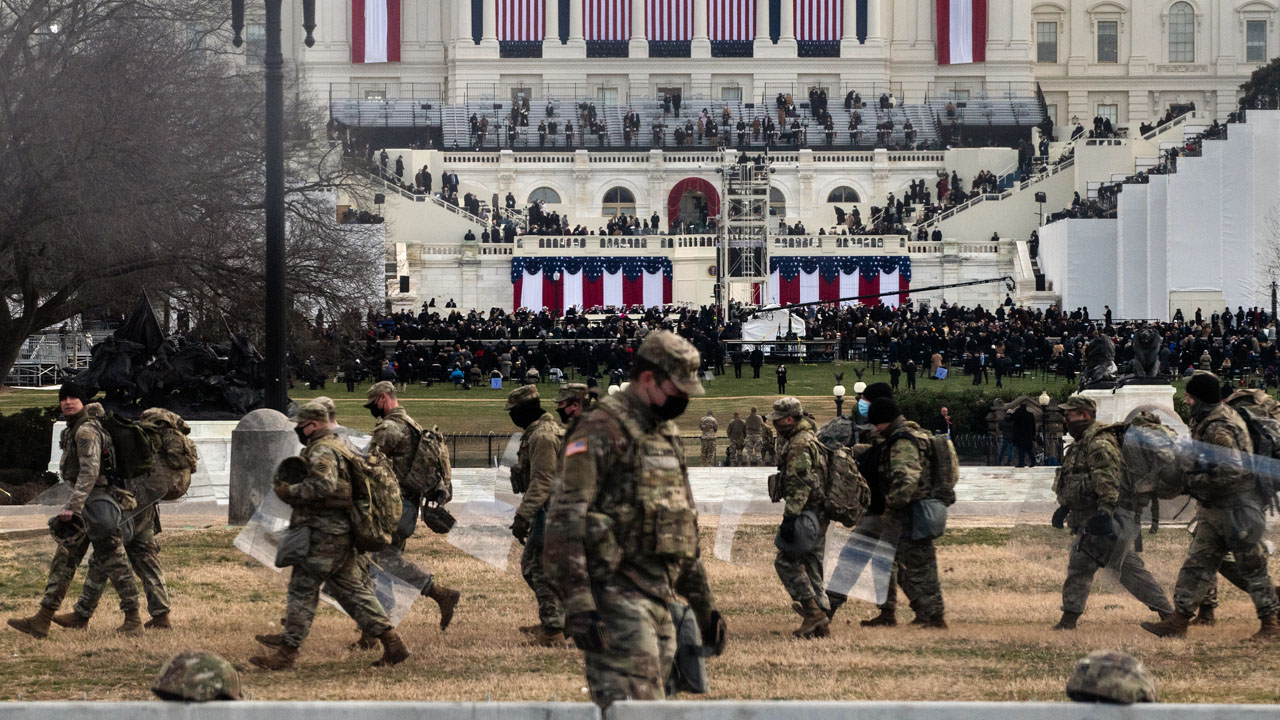 US National Guard troops carry riot shields as they assume positions in the vicinity of the US Capitol as the Inauguration of US President-Elect Joe Biden in Washington, DC begins on January 20, 2021. (Photo by ROBERTO SCHMIDT / AFP)

A decision to turn a chilly underground parking garage into an overnight billet for National Guard troops in Washington to protect President Joe Biden’s inauguration has stirred an uproar.

A number of the 25,000 troops standing guard around the US Capitol in recent days in the wake of the January 6 insurrection had been allowed to take breaks and naps in between long shifts on the floors of the building housing the US Congress.

But on Thursday afternoon, after the legislature resumed work a day after the Biden inauguration, someone decided instead to force them out to a nearby parking garage.

Photos that spread quickly over the internet showed guardsmen and women stretched out under flourescent lights in parking slots, with few toilets, outlets for…