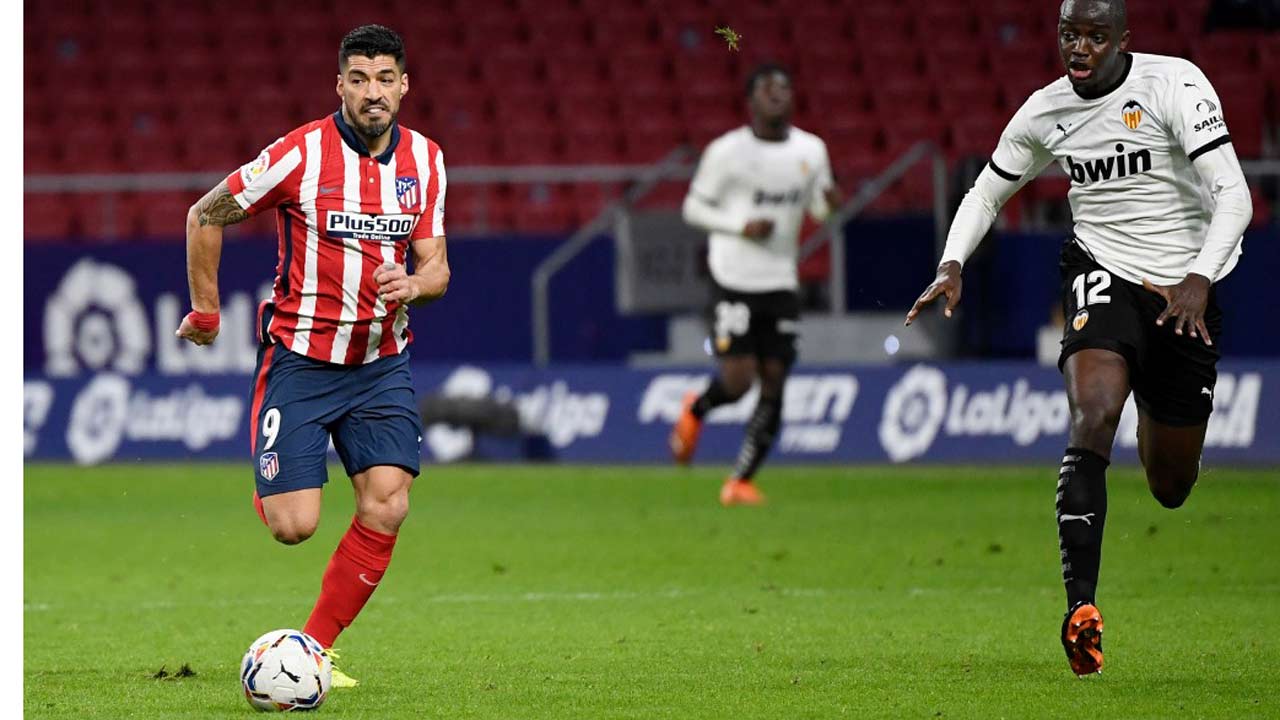 Luis Suarez scored a brilliant team goal as Atletico Madrid came from behind to beat Valencia 3-1 on Sunday and move seven points clear at the top of La Liga.

After Real Madrid thrashed Alaves on Saturday, Barca had earlier followed suit with a scrappy victory over Elche.

But Atletico were undeterred in the capital, as their considerable advantage was restored again, with a game in hand.

“We don’t get carried away or think too far ahead, we think about getting better,” said Atletico coach Diego Simeone.