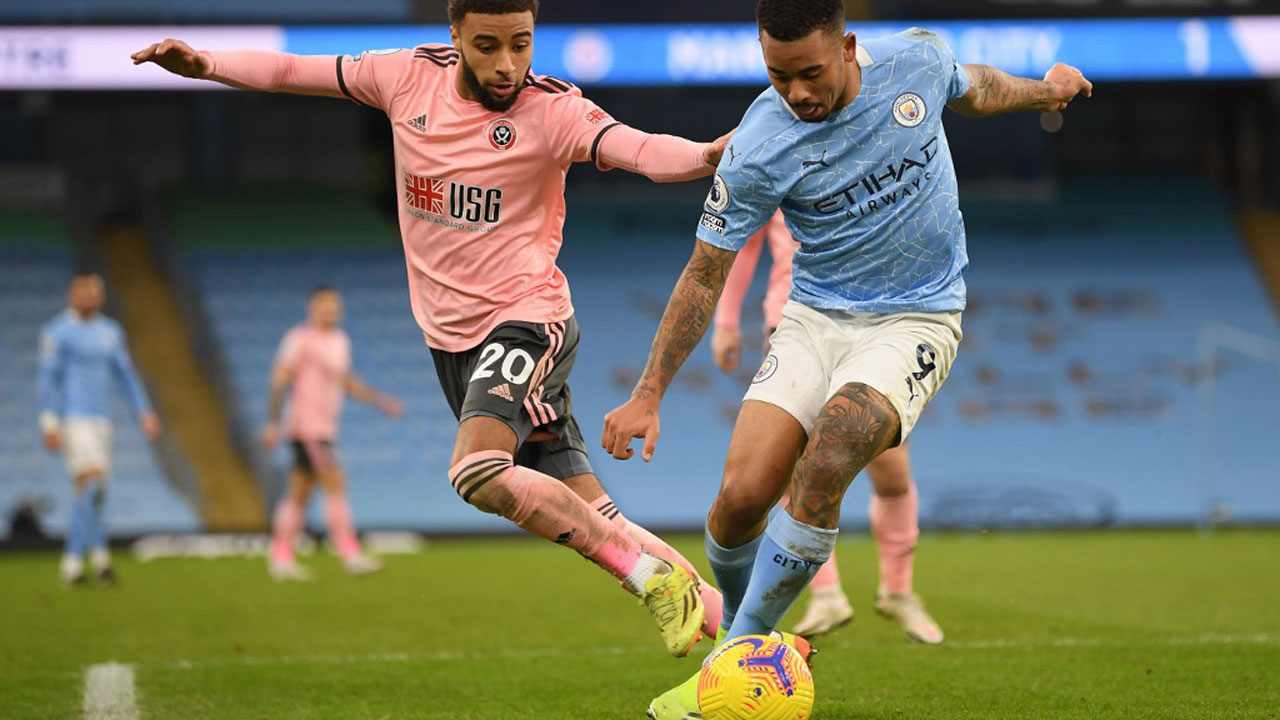 Manchester City opened up a four-point lead at the top of the Premier League with a 1-0 win over bottom-of-the-table Sheffield United, while Everton’s bid for a top-four finish was dented by a shock home defeat by Newcastle.

Gabriel Jesus scored the only goal inside the first 10 minutes at the Etihad as City extended their winning run to 12 games in all competitions.

Pep Guardiola’s men thrashed West Brom 5-0 in midweek, but after beating Manchester United away on Wednesday, the Blades again belied their lowly position to put up a fight against the leaders.